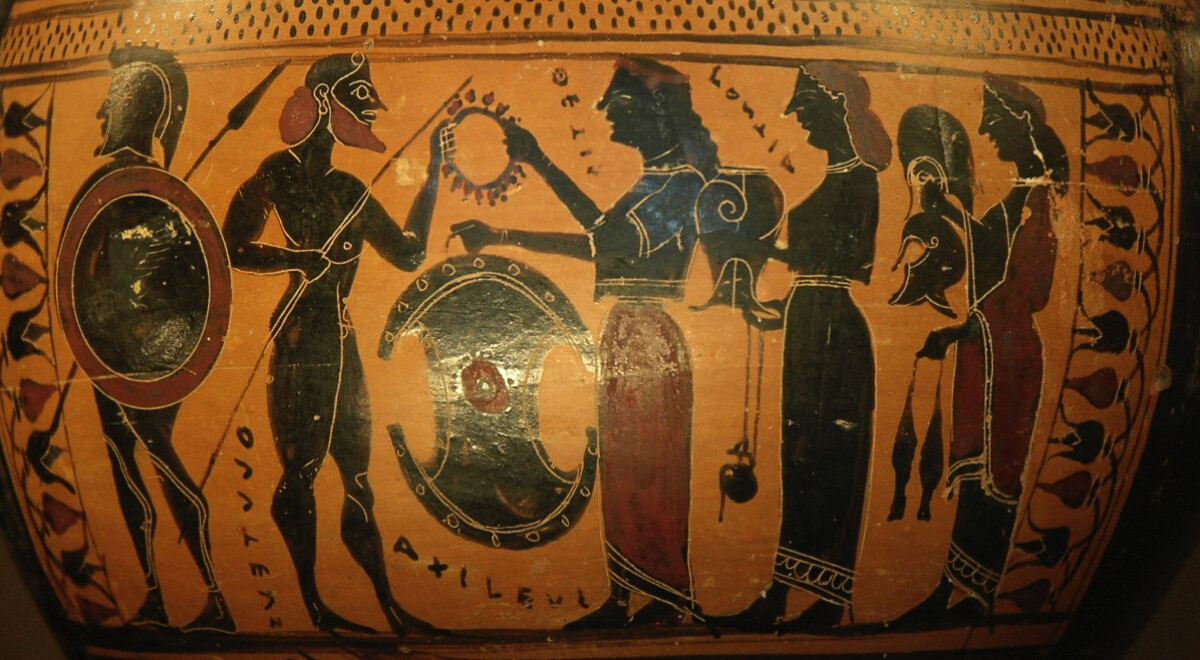 Wars – How They Start and End?

by Marwan Salamah for the Saker blog
The Vineyard of the Saker on December 12, 2022 • Has Comments • Original Here

Expressing displeasure with a counterparty is the primary method of communication between countries regarding what they view as an encroachment on their important national interests, or what they perceive as threats to their security. Subject of course, that they had previously declared and clearly communicated what they consider to be their critical national interests and their essential security framework, which were deemed fair and realistic and not rejected convincingly by the other parties.

The next step in any misunderstanding is some saber rattling and minor diplomatic or even kinetic skirmishes of sorts. These are employed in the hope of deterring the other party and inducing it to change its course of action or policy. These are the bottom-of-the-rack preliminary tools of belligerence. They are easy to freeze or cancel, once both parties wisely elect to sit down and address the issues in dispute in a bona fide manner and are willing to compromise in favor of peace rather than war.

The basic problem is that the concepts of national interests and security are pretty wide and loose and can encompass the evil and ridiculous as well as the fair and rational, making it easy to “cry wolf” and claim that a country’s national interests or security have been threatened. It boils down to a matter of definitions:

National Interests: it is not fair or rational to consider a country’s desire to exploit others as a fair national interest, even if it is presented as seeking needed resources that it lacks. Nor is it acceptable to strong-arm poorer and weaker countries to follow unsuitable policies or to collect from them unpayable debts that it originally helped load up. As for designating parts of the world as one’s own backyard, it has long become another passé national interests concept.

Most countries have different religions, cultures, customs, values, local laws, practices, and political systems. Not only does changing other countries’ cultures not qualify as fair and just national interests, but also borders on the ridiculous when some countries unilaterally appoint themselves as heaven’s guardian on earth and incorporate such metaphysical concepts into their national interests. Does changing other people into one’s image make them more humane or Godlier? Or does it make them more pliable for exploitation?

History confirms that such attempts have never been successful in perpetuating themselves, as evidenced by Alexander’s Hellenistic empire, Great Rome, Genghis Khan, the Golden Horde, the Crusades, the Islamic conquests, etc. – they were all eventually expunged or melded into the cultures that they tried to change, at a huge human and physical cost.

Undoubtedly, an exploiter’s rewards can be attractive in the short term, subject that the infringement or exploitation being successful. But in the longer term, pressure will continue to be exerted to return to the original status, or a semblance of it, and again, at a huge human and physical cost.

Defending a country’s national territory is considered a paramount national interest (is also a security objective). Consequently, territorial or border disputes are the most popular reasons for starting wars, especially for smaller nations. But if we dig only skin-deep into the history, we will quickly find that almost no country has, throughout the ages, maintained its theoretical or historical borders – it has always been a continuous ebb and flow of territory usurped or lost, more so in Europe and the ex-colonialized world. Nevertheless, many falsely justify this as a casus belli, or a rallying call, to regain what they regard as usurped national land. They do this with total disregard to the views and wishes of the current inhabitants of the territories in dispute, thus lending credence to the likelihood that it, in reality, is a camouflage to exploit another nation’s land. The sad part is that these wars regularly flare up despite the presence of the UN and the International Court, which were created, among other things, to adjudicate the validity of such territorial disputes and, unless a gross miscarriage of justice occurs, all grounds for territorial wars are unjustified.

Fair national interests mean those objectives or activities that allow a country to exploit, unfettered, its own resources within its territory, without harming others. Harming others includes such egregious actions as polluting or blocking jointly shared rivers, seas, and air, implementing beggar thy neighbor policies, insidiously interfering in the internal affairs of other countries, and forcing weaker nations to act against their own interests while threatening them with a big stick, fully aware that whatever carrots are offered will in no way compensate the damage inflicted.

Security Threats: Similarly, the concept of deterring security threats is wide and can be whimsically defined. No doubt, all governments are bound to protect their people and territory and must be prepared for defensive war, but always prioritize peace in both speech and action.

However, if a historical enmity between two nations remains alive in a time of peace, which usually happens by design, and as embers under the ashes, clashes, and wars can erupt at any time making extra preparedness vital. Avoiding this requires that historical enemies exercise extra care when dealing or communicating with each other and avoid imprudent belligerent posturing which could easily be misconstrued or misinterpreted to their mutual detriment.

If one nation has constantly, and for many years, regarded another as an enemy and continuously and unabashedly declares it as such and abuses it in its public media, then it is reasonable to expect the abused nation to be constantly alert with a great deal of trepidation of what belligerence could suddenly befall it. It is likely to be doubly sensitive to any threats that suddenly appear at its doorstep and to think or expect otherwise would be rash and foolish. Unless the abuser’s original plan is to trigger a response that it assesses is well within its capability of overcoming. In such a case, the abusing nation is on the warpath and is a danger to itself and to its neighbors, especially if the threatened nation is also powerful.

People do not normally start wars unless they think they can win and make off with the proverbial loot. Only a fool starts a war that he is unsure of winning. King Croesus of Lydia in 547 BC comes to mind, but history abounds with such fools. Alternatively, some people try to avoid wars but are cornered into one by a bully, these could have quite surprising outcomes, similar to a cornered cat that turns into a raging lion.

In other words, the causes of war can arise from factors other than fair national interests or realistic security needs, in many historical cases they have tended to be the products of pure avarice and hubris, the well-known very potent human herbicides.

How Can a War End

Once a war begins, it is unlikely to be aborted by either combatant as long as its outcome remains favorable – or at least, is not overwhelmingly unfavorable. Battles may be aborted or even lost, but the war would rage on until one or more of the following occurs:

1. Decisive Overall Defeat: One of the combatants is decisively defeated. This means complete destruction of the loser physically and structurally, enabling its full exploitation, maybe forever, or until it is able to rebuild itself or allowed to do so.

2. Undecisive Win or Defeat: In this case, a truce may be declared which means, sooner or later, a new conflagration is inevitable. In the meantime, some exploitation may be possible.

3. Double Defeat: in the event the warring foes are extremely powerful, they may be able to mutually destroy or weaken each other, making it impossible to continue. Historically, one is reminded of the recurring simultaneous mutual defeats and weakening of the Byzantines and Persian Sassanids, for only then could they achieve longer periods of peace. Today, however, the nuclear-armed opponents are not only guaranteed to mutually destroy each other, but also everybody else on earth. If this happens, then the faraway meek or poor may indeed inherit the earth, or whatever is left of it.

That however is not the end of wars. They are not entirely kinetic and never have been. Historically, economic weapons have always played an important and effective part in weakening an enemy and even bringing him down to his knees suing for peace.

Sanctions are ancient, they go back thousands of years in the form of embargoes, blockages, confiscation of wealth and assets, and the classical sieges of cities and fortresses. Hitting the enemies’ sources of income and livelihood (including the destruction of crops) was a standard procedure in any ancient war. The Pericles embargo of the city-state of Megara in 432 BC is usually the first reference presented, although it backfired. So was the Ottoman blockage of the Silk Road to Europe in 1453. But the most interesting is King Mithridates of Pontus on the Black Sea who, unable to ward off powerful Roman incursions on his lands in 88 BC, decided to hit the economic jugular of Rome and ransack its money collection system in Asia Minor as well as destroy the trading centers there. The mayhem he created resulted in a collapse, that some historians compare to the 2008 financial crash but without a Fed to bail out the banks and the bondholders. Bankruptcies galore of the wealthy and bloody riots of the plebs whose grain subsidies were halted hit Rome hard. Even a small civil war erupted among the military leaders on how to address the crisis. This continued for four years until Rome managed to sign a peace treaty with Mithridates in 84 BC. But the troubles reignited until 63 BC when Mithridates’ son betrayed him inducing him to opt for suicide rather than fall into Roman hands – was that an early color revolution?

But the cruelest of the economic wars were, as today, the sanctions, sieges, and blockades that starved the entrapped enemy, both civilian and military, until they accepted whatever abominable punishment was to be meted out. And the further we go into history, the crueler the punishment regardless of what the pre-surrender promises were.

These economic wars increased in intensity and frequency with the beginning of the age of discovery in the 15th century, and by the 20th century had become more sophisticated, hybrid, and easier to implement and control. They now include economic sanctions on countries, products, companies, and even specific people. A powerful country’s laws are unilaterally applied outside its territory enabling it to carry out (unlawful) arrests of foreign citizens anywhere in the world and unlawfully confiscate other peoples’ assets and wealth without proper due process.

The problem with economic warfare is that it has been craftily divorced from kinetic wars in that it continues even after the guns go silent in a truce or peace agreement. Such is the existing current hatred or the blind insistence on winning, no matter what. Does that make true world peace a hopeless dream? Or does it only make it more of a challenge to the sane?