US War on Afghanistan 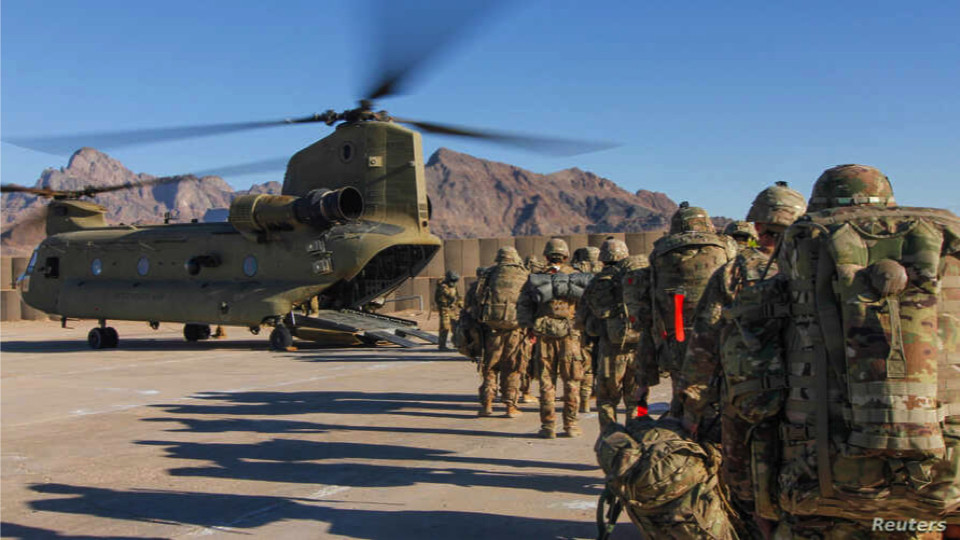 Uncertainty Surrounds US Pullout From Afghanistan

By George Friedman at Geopolitical Futures on April 20, 2021. Original here.

The United States invaded Afghanistan 20 years ago, soon after the attack on Sept. 11, 2001. By 2008, then-President Barack Obama made it a point to disengage from what has become known as the Forever Wars. He failed. His successor, President Donald Trump, pledged likewise but failed all the same. President Joe Biden, too, has said the U.S. would withdraw, this time by the anniversary of the 9/11 attack.

The war in Afghanistan can’t be discussed without discussing al-Qaida, the Islamist group led by Osama bin Laden, the son of an extremely wealthy Yemeni who had moved his family to Saudi Arabia. His goal was to recreate an Islamic caliphate. As I wrote in “America’s Secret War,” his strategy was to unite the Islamic world against its common enemy, the United States. To that end, he would conduct an attack against the United States that generated massive causalities and electrified the world. If the U.S. could be attacked, it would prove the U.S. to be vulnerable. If the United States declined to respond, it would prove Washington to be weak or cowardly, or so the thinking went. Both cases would, bin Laden thought, achieve the same end: Islamic unity.

The attack against the United States was both simple and brilliant. Hijacked aircraft would strike American icons – the World Trade Center, the Pentagon and Congress (the latter of which failed). The Islamic world would know these buildings well and would see al-Qaida’s power. What was remarkable was the detailed planning, the deployment of operatives and the movement of money, none of which was fully detected by U.S. intelligence. (There are always those who claim that they predicted such events. I have no idea what they said to whom before the attack, only what they claimed to have said after.) The fear that struck the United States was palpable. 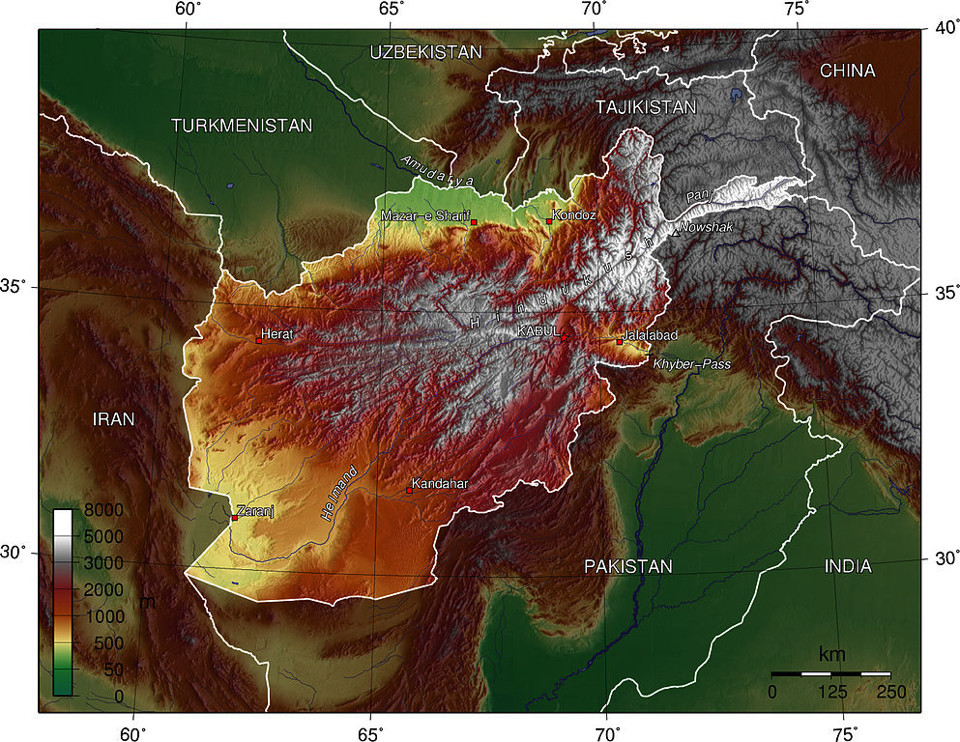 Part of the fear was that Washington did not know what al-Qaida was planning next and what resources it had. The idea that 9/11 was the sum total of its capability was plausible, but there was no evidence for it, and the American public was thinking of all the worst-case scenarios. There was intelligence, necessarily uncertain in nature, that al-Qaida had acquired a single small nuclear device. All reasonable people scoff at such thoughts now, but in the days after the attack, nothing was being dismissed. Lenin said that the purpose of terror is to terrify. The country was terrified, because none of us knew what was next.

U.S. intelligence began connecting dots and acquiring intelligence from allies, and determined that al-Qaida was responsible for the attack. They also determined that bin Laden and his command cell were located in Afghanistan under the protection of its leader, Taliban chief Mullah Mohammad Omar. The desire to lash out at everything was overpowering, but President George W. Bush elected instead to focus on the country that had given al-Qaida sanctuary. This was the beating heart of the movement, and it had to be destroyed or dispersed to prevent, to the extent possible, a follow-on attack on the U.S.

The ultimate objective of the invasion was to destroy al-Qaida’s command. “Invasion” might not even be the right word; there was no invasion planned because one could not possibly be mounted in 30 days. The primary operation was carried out by CIA operatives with contacts in Afghanistan, along with special operations teams, who would carry out any attack mounted on al-Qaida. Occupation and regime change were incidental. 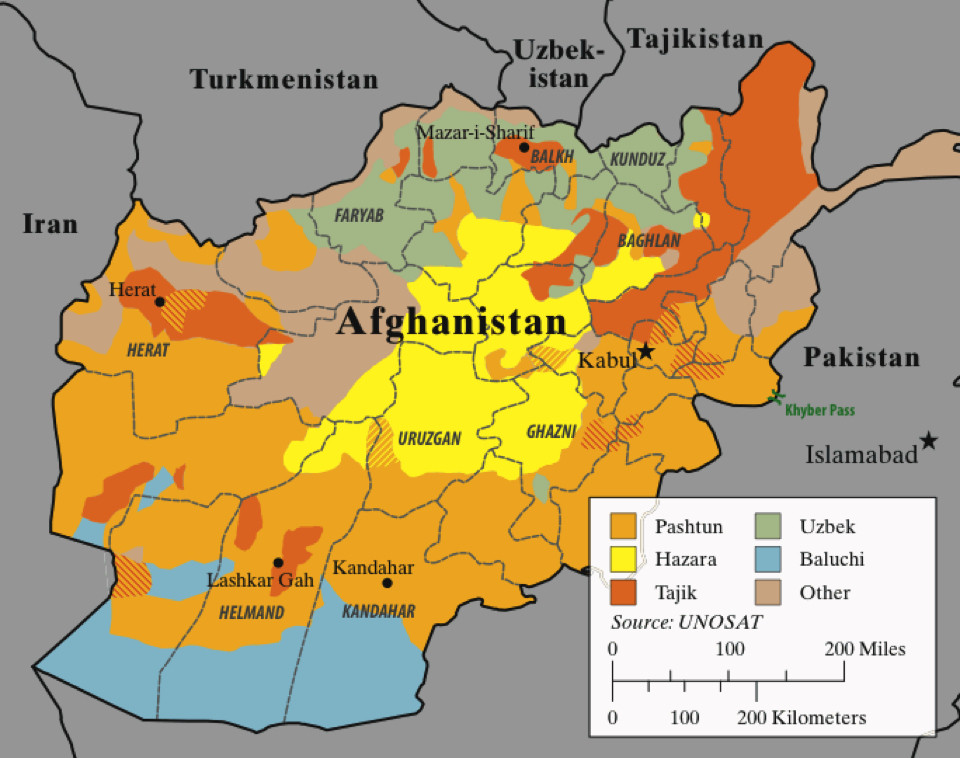 Most of the combat was meant to be carried out by U.S. allies such as the Northern Alliance, which had only recently discovered they were U.S. allies when the CIA delivered them a ton of cash. Among this group there were those who knew where bin Laden was and who claimed to be prepared to find him and turn him over to the Americans. Bin Laden was located in a complex of caves called Tora Bora near the Pakistani border. The allies located him but just missed capturing him (no surprise there). U.S. Special Operations Command moved toward a blocking position between Tora Bora and Pakistan, but the al-Qaida command cell and their families slipped across the border into Pakistan, where they seemed to be welcomed.

The initial operation was impressive for what it was. Though it did not succeed in capturing the enemy, it did disorganize the enemy enough to buy time for U.S. intelligence to gain some clarity, allowing continual harassment of the group and no further attacks on the U.S. Then came the original sin of U.S. military operations: mission creep. Until al-Qaida showed up in Afghanistan, the U.S. could tolerate Mullah Omar and had little interest in his country. The U.S. thought it would withdraw, then hunt down escaped al-Qaida operatives wherever else they went in the world. It was not to be. The idea that, of all the countries al-Qaida might be in, Afghanistan was uniquely important, requiring a multidivisional force to pacify, was unsound. The American force was never large enough or suitable to occupy Afghanistan, which had already broken the Soviets and the British. The Taliban declined to engage in combat head-on, retreated, dispersed and regrouped. They fought the U.S. to a standstill. If the U.S. withdraws, it leaves Afghanistan to the Taliban, the same situation that would have been the case in December 2001.

The argument against withdrawal is that Afghanistan could be used as a base for mounting terrorist attacks. That is true, but recall that 9/11 was mounted mostly inside the U.S. Transnational terrorism is just that – transnational – and even if Afghanistan were its hub, the U.S. simply cannot hold it.

Obama, Trump and Biden all reached a similar conclusion. Their critics on the matter confuse the desirable and the possible. They often argue that Afghanistan poses a unique danger. It doesn’t. Even so, nothing is over so long as something is possible. And since few things are impossible, the people who want to stay tend to win. But it is important to remember what happened to understand the logic that led to a war that wanted to do what no one, not even Alexander the Great at the height of his power, could. You can isolate Afghanistan, but you cannot impose your will on it.