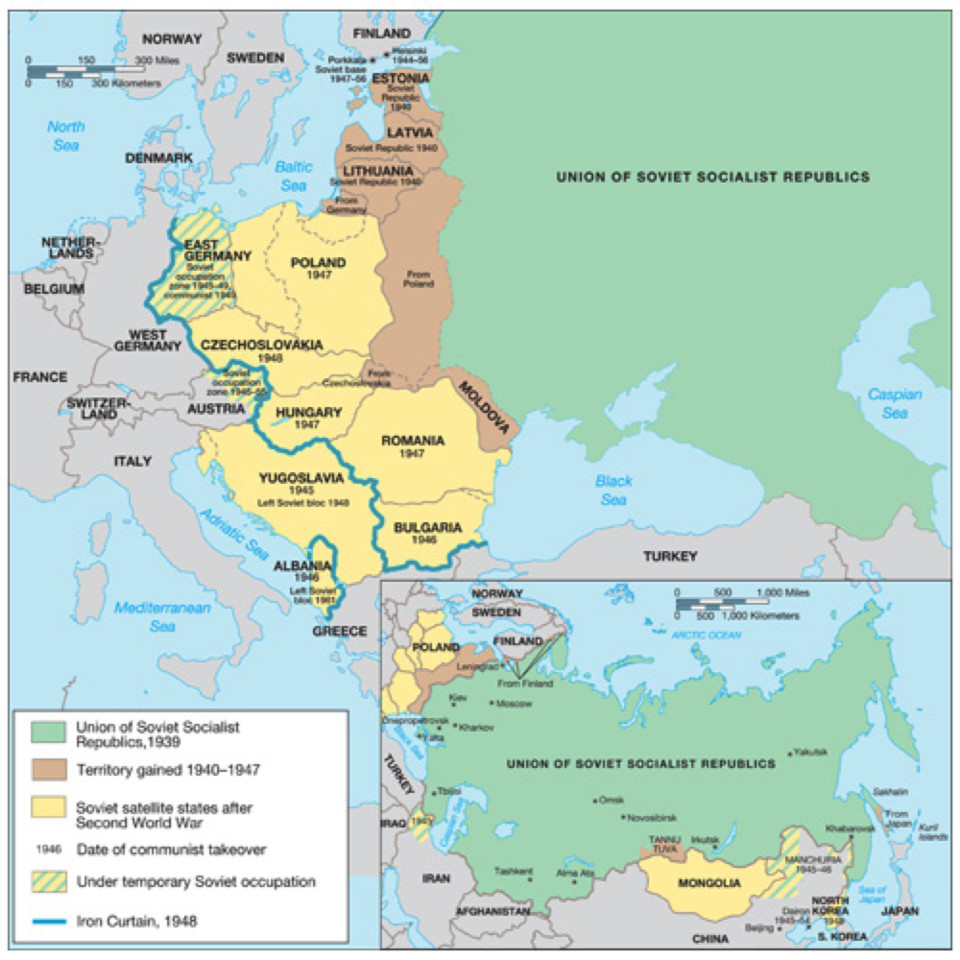 From the European Buffers to the Intermarium

Thoughts in and around geopolitics.

By George Friedman at Geopolitical Futures on January 14, 2022. Original here.

Russia has been in the process of reclaiming its buffer zones – the areas in its periphery such as the Caucasus, the Baltics, Central Asia and Eastern Europe that give Moscow strategic depth from potential enemies – for some time. But the problem of strategic depth runs both ways. At the end of World War II, the Russians occupied the Baltic states, Poland, Czechoslovakia, Hungary, Bulgaria, Romania and the eastern half of Germany. None of them had been occupied by the Soviet Union before the war. The conquest of this area was the result of defeating Germany and dividing Europe with the West based essentially on the areas each held at the end of the war.

With this, Russia expanded its strategic depth dramatically. The distance it would take from the Fulda Gap to Moscow was so great that a NATO offensive designed to break Russia was impossible. As important, it reduced the strategic depth of the Anglo-Americans to just a few hundred miles. Forward deployed Soviet forces were, for example, 200 miles (320 kilometers) from Hamburg, a major German port. It was accepted that Western Europe could be defended only by massive reinforcement and resupply from the United States. With the western ports under attack or captured, the ability to support forces trying to hold the west would collapse.

The Anglo-Americans, and later NATO, faced a massive Soviet force occupying Eastern Europe and the eastern part of Germany without strategic depth and with fewer troops. The West had air and naval forces, well-trained troops and, most important, nuclear weapons. The U.S. had a massive bomber force that could deliver a nuclear strike to the Soviet Union, but the Soviets had no equivalent ability to strike the United States until much later in the Cold War. Thus, the Soviets’ strategic force and American nuclear bombers canceled each other out.

Even so, Soviet control of Eastern Europe provided a degree of defense Moscow never had previously. It was a profound problem for the U.S. and NATO. Washington had never intended a nuclear exchange for Europe, and it had what was likely a sufficient air-land capability to break the first wave of a Soviet attack and threaten the next. But for leaders in Western Europe, Eastern Europe was a geographic nightmare that facilitated a Soviet attack on a line from the Black Sea to the Baltic Sea.

For this reason, the collapse of the Soviet Union relaxed the West. Until 1991, NATO had been a formidable force. After Eastern Europe broke from the Russians, the West had gained strategic depth. This meant that the ready-alert status of NATO and the U.S. nuclear arsenal was no longer relevant. The added distance of a Soviet attack, ignoring the shambles of the former Soviet Union, made conventional attack impossible. Of all the reasons offered for NATO’s operational decline, this is the most persuasive: that the strategic reality of the Continent had simply changed, and that the threat from the Soviet Union was no longer there. This was later consummated by the integration of Estonia, Latvia, Lithuania, Poland, Slovakia, Hungary, Bulgaria and Romania into Western institutions.

This, in turn, created the problem Russia faces today. From Moscow’s point of view, the expansion of NATO eastward might eventually ensnare countries like Belarus and Ukraine, and even Georgia in the Caucasus. The Maidan revolution of 2014 only worried Moscow more. If NATO integrated Ukraine, it is reasonable to believe that Moscow would be indefensible. For Russia, hoping for the extended restraint of the United States is not a good bet.

At the same time, if Russia were to control both Belarus and Ukraine, an assault on Eastern Europe, coupled with subversion operations, could recreate in Russia’s favor the geography of the Cold War. NATO is a shadow of what it once was. The U.S. no longer guards the Fulda Gap. If Ukraine is taken, then conventional and even advanced technology might not be able to limit a Russian advance to the east.

In that sense, one of the West’s greatest problems is that the former Soviet satellites, especially those in Eastern Europe, lack the strength to deter a Russian advance. Size is not the issue. Russia’s population is about 145 million. The population of the countries above is about 84 million. Given that they would be in defensive positions, and if properly armed and organized, they do not have to be a negligible force. The problem is twofold. First, most have taken NATO membership too seriously, not considering that NATO is hollowed out. They see themselves as too weak to defend themselves and expect an American miracle. The miracle could come, but not without a united, armed and motivated Intermarium, a term I have used for the alliance of the states between the Black and the Baltic seas. Ultimately, this group of countries was unable to envision the force it could bring to bear, and therefore psychologically was incapable of united action, but always waited for another country to protect it. 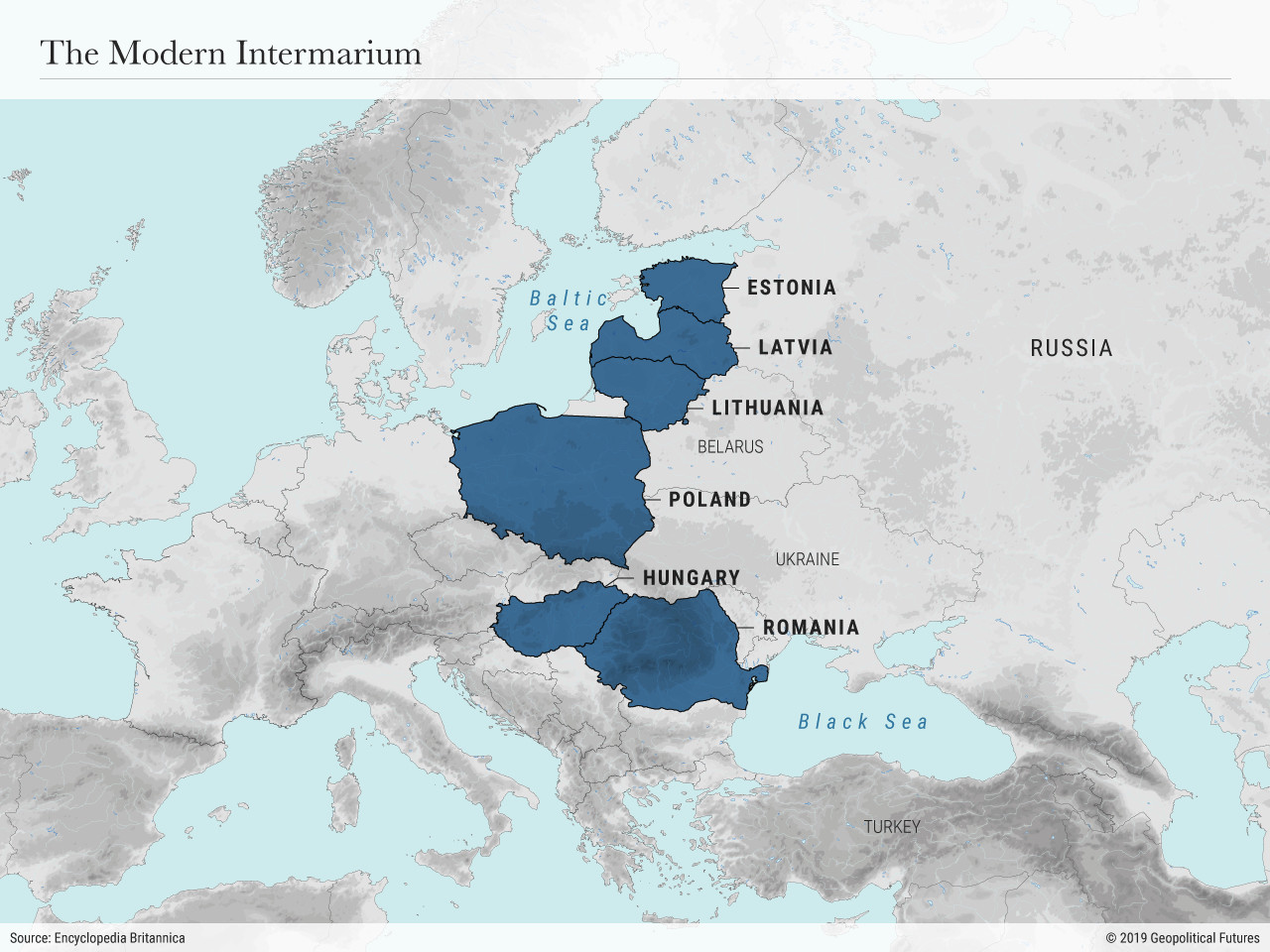 The true weakness is not only that these countries don’t trust themselves but also that they don’t trust each other. Centuries of war have made them tired, even bitter enemies. I believe the Intermarium, armed and committed, would deter Russia even without massive American assistance. I advocated this a decade ago. Now, it is too late to implement except as an emergency force.

Thus we can understand the present situation in Ukraine. The Eastern European borderland lacks the ability to, as Charles de Gaulle said, at least tear an arm off. Russia cannot live with a U.S.-occupied Ukraine. The U.S. cannot live with Russia that far into Eastern Europe. Russia is not ready for a war, and the U.S. might be ready but doesn’t want it. The Russians will fight for Ukraine if terms are not reached. The Americans may fight but only through air power for the eastern borderland as it will be much cheaper now than later. The Eastern Europeans will fight, too little, too late and too disorganized. The British will be there, but I have no idea what each NATO country will do.

It is clear that there will be no war now. It is equally clear that this is the festering world of Europe. The borderlands will be perpetually contentious, and the balance of forces will shift over time, as they always do. Which way they will shift is, of course, less clear. But the old distrust between the U.S. and Russia remains, and that makes any lasting settlement impossible, because any settlement requires a degree of trust. The formation of the Intermarium alliance, which might include Belarus and Ukraine but which would exclude NATO and Russia, would work but won’t be tried. Everyone is waiting for the great powers, never believing that they might have other things to do with their time.