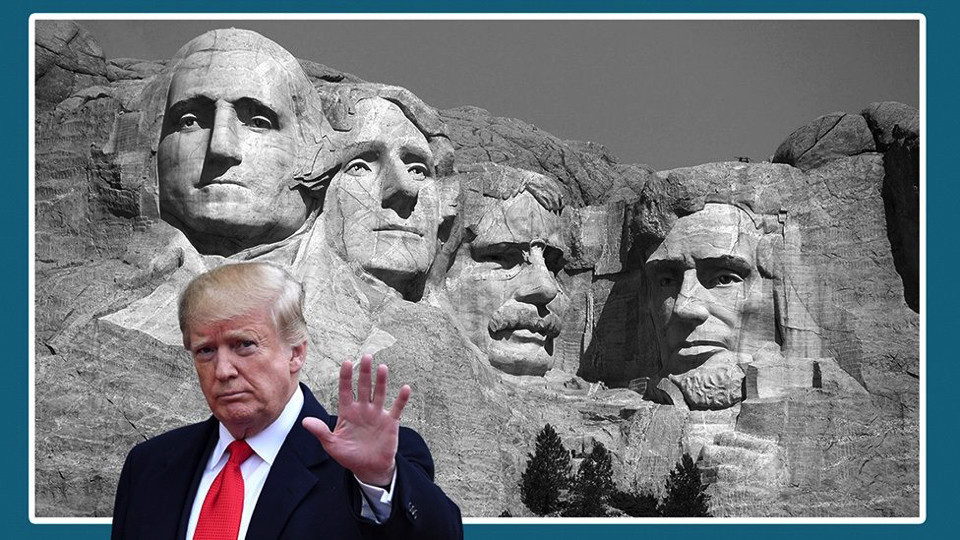 US historians on what Donald Trump's legacy will be

Thoughts in and around geopolitics.

U.S. President Donald Trump’s supporters and detractors are both obsessed with him. They share the belief that everything that has happened is because of him. His supporters believe his staying in office is crucial to the survival of the country. His opponents believe his removal is. The certainty of these facts among each group is both astounding and misguided. Trump did not create this moment. He was created by the moment. Trump was neither the key to solving America’s problems nor the key to causing them.

As I have argued on numerous occasions, there are powerful social, economic and institutional forces drawing their power from the pyramiding divisions within our society. Trump is a byproduct of those forces. It has been noted many times by those close to the first family that Trump was surprised that he won – he had been negotiating with Fox to create a new network after the election – and that his wife wept when she realized she would be first lady. I was not there to validate this, but it is well known he was negotiating his next move a few weeks before the election.

Trump ran a brilliant albeit unintended campaign. He bested Republican candidates drawn from the corporate party, relatively indifferent to the needs of a definable class of Americans who believed they were being left behind. Obviously, Trump being a spokesman for sexual rectitude, as an example, was a stretch. But he spoke the language of the declining class. Unlike all of the other candidates, he showed emotion, even malice. The carefully scripted talking points of Jeb Bush or Ted Cruz were swept aside by the visceral nastiness he was prepared to deal in. The declining class did not need another champion who crafted their defense clearly without having the ability to fight for it. Trump would fight for them, even if he never intended to live their lives. The voters accepted his hypocrisy on traditional morality in exchange for his advocacy. They accepted his lies because they had found a champion who would fight to win.

A critical moment in Hillary Clinton’s campaign famously came when she spoke of the “deplorables” who supported Trump. She didn’t grasp that she was disparaging about half of the country. And this was the key. Her supporters saw themselves as invulnerable, powerful and with only a handful of losers opposing their values. They simply did not understand how divided the country was or how embattled they actually were. If Trump was stunned when he won, so were all his enemies. It was inconceivable that such an abnormal man might be president; they were incapable of understanding how his supporters despised their normalcy.

Many politicians shape their beliefs to match the voters. Trump shaped his soul to validate and give hope to this era’s dispossessed – economically, socially and morally. More precisely, his soul remained what it always was: ruthlessly opportunistic. He didn’t have to change who he was; he could just be a hired gun who could win elections. His voters were much more than they were given credit for. They had hired a mercenary to fight for them, to lie when it was necessary, to slander those who slandered them, to write new rules for the political battlefield. And yet, he lost the 2020 election. He could not stand losing, and his supporters could not stand losing him. This, of course, included a group of extreme worshippers who attacked the Capitol.

He will leave office with the Democratic Party still obsessed with him. It’s a curious fixation, but the Democrats have the right target. The segment of society that mobilized itself and hired Trump is still out there, still enraged by the assault on them for decades, and still mourning their loss of Trump. Joe Biden is of little importance. His job is to be normal, and he will do it well. The more difficult job is to defeat Trumpism, to disabuse those who believe the Biden victory is a conspiracy against them. Trump, then, was happy to make certain he would leave office looking like a martyr for his supporters.

It is his supporters who challenge what has become normal. That class remains intact. Trump does not have to hold office to lead them, and indeed out of office he could be stronger. Trump draws his power from two sources: speaking to the disenchanted and inciting his opponents to attack him. His great skill is in making himself so hated that everything revolves around him. A second impeachment plays right into his hands. But the Democrats have never understood Trump’s power. They think that beating him in an election and impeaching him defeats him. So long as the Democrats regard those who voted for him as deplorables, rather than the other half of America, they will always find another Trump.