The merits are hard to stomach for partisans long jaundiced by presumption and dislike, but the cheer at the deplatforming of Donald Trump by a range of social media platforms said as much about the nature of any sentiment about democracy as it did about those claiming to defend it. For one, it shut off a valve of fantastic, instant recognition to a figure whose thoughts are best aired rather than cellared in underground vats.

But cellaring, hiding, suppressing unsavoury viewpoints are the very things social media platforms are getting more enthusiastic about, much of it pushed on the censorious lobby that claims to have a monopoly on veracity and good behaviour. In the name of misinformation, offence and incitement, users will be either suspended, barred or subjected to digital excommunication in the name of safety.

Which brings us to the fascinating nature of Trump’s latest legal action against Twitter. In January, the former US president was banned from the platform following the January 6th riot at the Capitol building inspired by supporters riled by claims that the election had been stolen. It began as a temporary ban of 12 hours for “repeated and severe violations of our Civic Integrity policy”. Two days later, the ban was made permanent. “In the context of the horrific events this week, we made it clear on Wednesday that additional violations of the Twitter Rules would permanently result in this very course of action,” Twitter claimed in its January 8 statement. “The company’s “public interest framework” existed to permit “the public to hear from elected officials and world leaders directly.” But this role did not exist “above our rules entirely” and could not be used “to incite violence, among other things.”

The reasoning behind the ban was illuminating of a social media giant sitting in shallow judgment. Two of Trump’s tweets were singled out: one claiming that 75 million “great American patriots who voted for me” would “not be disrespected or treated unfairly in any way, shape or form!!!”; the second stating that he would “not be going to the Inauguration on January 20th.” Assuming the imperious role of civics guardian, the company strained to identify these mutterings as violating “our Glorification of Violence policy”.

At the time German Chancellor Angela Merkel called the decision “problematic” while Jens Zimmermann, Social Democrat member of the Bundestag, wondered what it meant “for the future actions of social media platforms”. 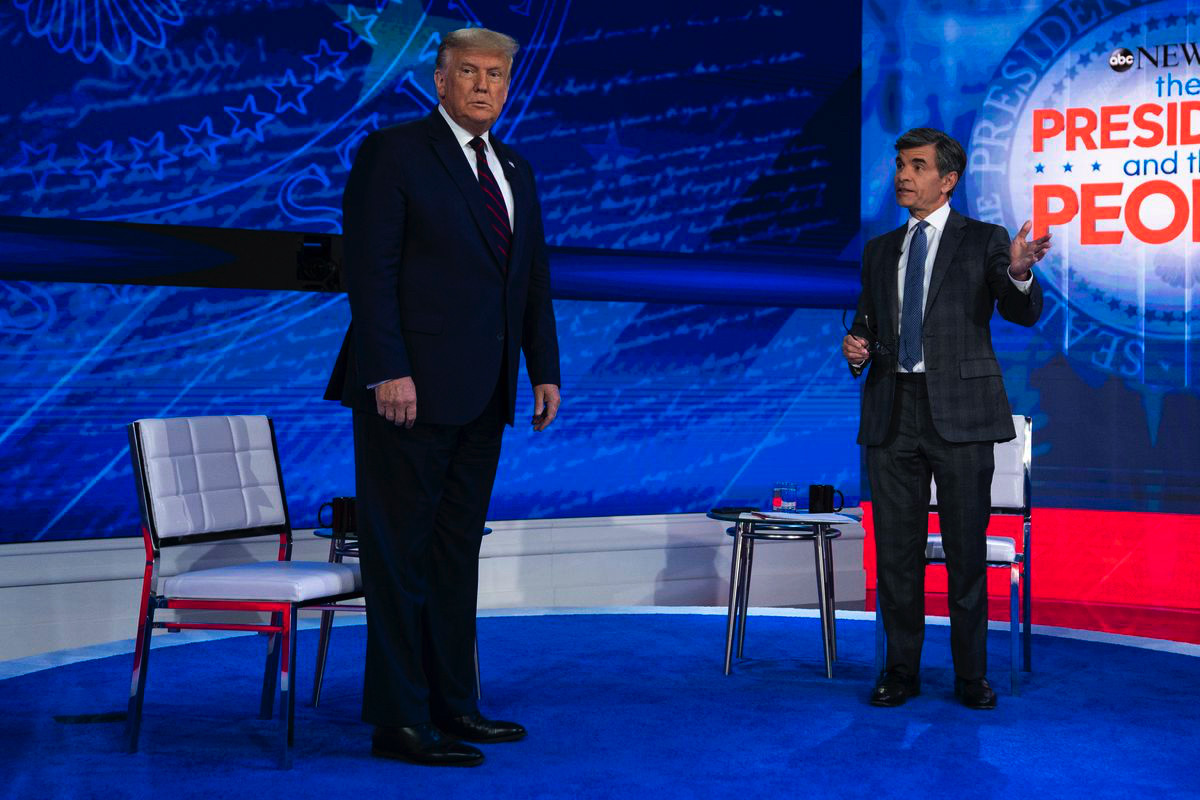 In July, Trump began his legal battle to seek reinstatement across a range of platforms, filing a class action lawsuit against Google, Twitter and Facebook. “We are demanding an end to the show-banning, a stop to the silencing, and a stop to the blacklisting, banishing, and cancelling that you know so well,” he stated at the time.

On October 1, Trump filed a more specific complaint in the Southern District of Florida claiming that Twitter “coerced by members of the United States Congress” was censoring him. The social media platform, the complaint argues, “exercises a degree of power and control over political discourse in this country that is immeasurable, historically unprecedented, and profoundly dangerous to open democratic debate”. With 88 million followers, Trump argued that his account had become “an important source of news and information about government affairs and was a digital town hall.”

The filing also made a pointed remark to Twitter’s somewhat varied approaches to users. Why permit the Taliban, “a known terrorist organization”, room to tweet about their military victories across Afghanistan yet claim that his own efforts had been accused of “glorifying violence”.

Resort was also made to Florida’s social media legislation, the Stop Social Media Censorship Act, which was signed into law by Governor Ron DeSantis in May to spite “the Silicon Valley elites” only to be blocked two months later by a bemused judge. One of the plaintiffs, Steve DelBianco of the industry group NetChoice, expressed delight at the absurd proposition that the court ruling “ensured that social media can remain family-friendly”. But equally absurd was the law’s idiosyncratic drafting, which included an exemption for companies operating theme parks in Florida. It is likely to perish at the hands of the Federal Appeals Court.

Leaving aside the twaddle put forth by DelBianco, the difficulties of targeting social media platforms are almost insurmountable. Content moderation remains a pillar of using such fora, one guaranteed by Section 230 of the Communications Decency Act which gives the digital giants platform rather than publisher status. And the sacred First Amendment is assumed to apply to government actions rather than corporate mischief.

The efforts by Trump to place his legal arguments against Big Tech on the hook of the First Amendment has received little support. One mighty voice in the field of jurisprudence thinking Trump has a case is Alan Dershowitz, who has argued that the case “pits freedom of speech on the one hand against the First Amendment on the other.” Such reasoning can well justify why lawyers deserve a bad name, but Dershowitz sees it as the high-tech behemoths quashing free speech. “They are censoring but they’re claiming the right to do so under the First Amendment”.

Withering scorn has been levelled at that view. “Unlike delusional Dershowitz,” Democratic Rep. Ted Lieu insisted with smug confidence, “I read the First Amendment and it does not apply to private sector companies.” Laurence Tribe, formerly Carl M. Loeb Professor at Harvard Law School, took a dim view of his former colleague. “How low can a former law professor sink? To call a bogus lawsuit on a fake version of the First Amendment an important case, much less ‘the most important’ of the century? Has he no shame?”

Democratic strategist Kaivan Shroff, conforming to the fashion of the times, suggested a retributive remedy: the cancellation of Dershowitz’s status as emeritus professor. Harvard Law School had “a professional and ethical responsibility to its community – past, present and future – to associate with faculty who are ethical and have a high regard for the law.”

For all such righteous splutters, Dershowitz and Trump have a point in pointing out a symptom of the US body politic that has become cripplingly apparent: business and the interests of capitalism have come to control speech, its circulation, its distribution. For decades, they had already come to guide politicians and political parties, exercising influence through campaign donations. Why run for elected office when you can buy it?

In 2010, the US Supreme Court decision of Citizens United v Federal Election Commission found that limits upon “independent political spending” from corporations and private interest groups violated the First Amendment. Those with deep purses could only deem this the natural order of things: if you have cash, spend it to influence opinion in the name of free speech. Put rather simply, such speech was a shield big capitalism could well employ if it needed to. (Rep. Lieu, take note.)

Gore Vidal used to remark that anyone seeking the keys to the White House could only do so with the approval of the Chase Manhattan Bank. Had he lived to see the Trump cancellation saga, he may well have added those Big Tech titans to the sterile committee of electoral approval.

By Binoy Kampmark at Oriental Review on September 05, 2021. Original here.