Further Evidence That The U.S.-UK Deep State Is One Country, Not Two 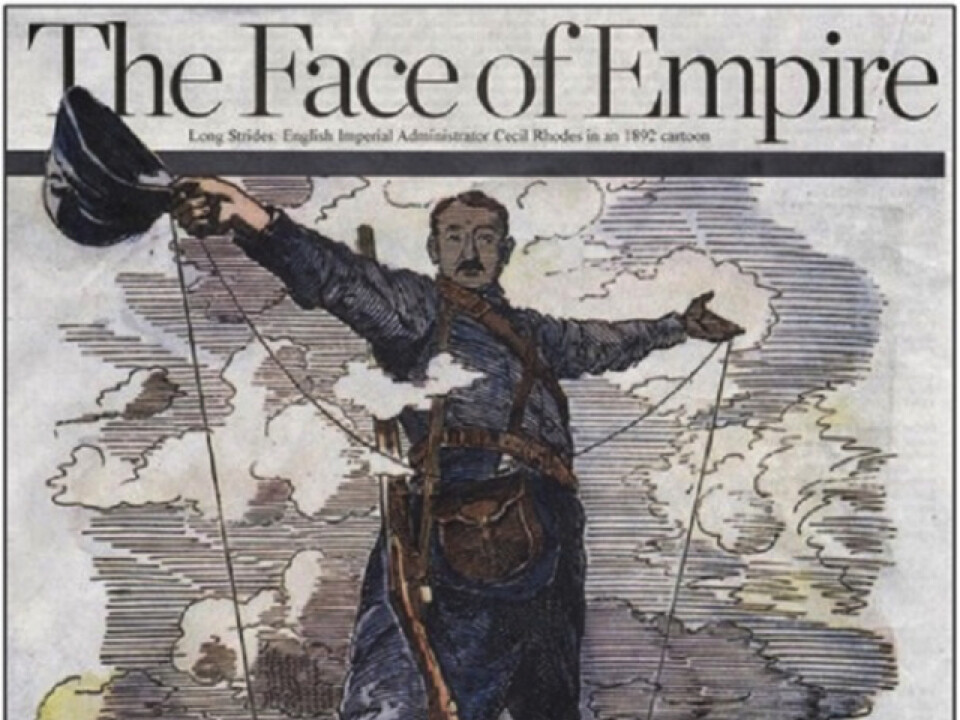 The U.S.-UK Deep State Is One Country, Not Two

Because there is so much evidence that the U.S. and UK have one actual Government, a single Deep State, that makes the major international-policy (war-and-peace) decisions, and that neither country’s public has authentic sovereignty over its allegedly ‘democratic’ Government, but, instead, all ‘citizens’ of both are actually subjects of this single behind-the-scenes secret Deep State, my recent book, AMERICA’S EMPIRE OF EVIL, couldn’t possibly fit all of that evidence in, but, in retrospect, maybe I should have included a few items that I did not: the first of which concerns the decision by Truman to nuke Hiroshima and Nagasaki, and which Churchill informed Parliament was a joint decision, made by both himself and Truman, not ONLY by Truman, though Churchill’s Government had not participated, at all, in the Manhattan Project, which had produced the A-bomb, and though Churchill was not, at all, formally, an official of the U.S. Government, and though he had no actual power over the matter, except at the most secret, Deep State, level, which controls BOTH Governments. So: here that evidence is:

On 9 September 2016, History Today bannered “Churchill, God and the Bomb”, and opened:

Addressing Parliament on August 16th, 1945, Winston Churchill insisted that the decision to attack Hiroshima on August 6th, 1945 and Nagasaki on August 9th had been a joint one between the US and the UK. Over the next decade his public position was consistent and devoid of moral qualms: in war, he maintained, weapons get used. The A-Bomb was a weapon, the Allies were at war with Japan and, consequently, the A-Bomb was a legitimate military option. ‘The historic fact remains’, he wrote in 1953, ‘that the decision whether or not to use the atomic bomb … was never even an issue.’

The article goes on to speculate about whether this had been a religious decision by Churchill, but here is not speculation, but instead evidence, the relevant excerpt from Churchill’s 16 August 1945 speech to Parliament:

On 17th July [1945] there came to us at Potsdam the eagerly awaited news of the trial of the atomic bomb in the [New] Mexican desert. Success beyond all dreams crowned this sombre, magnificent venture of our American Allies. The detailed reports of the [New] Mexican desert experiment, which were brought to us a few days later by air, could leave no doubt in the minds of the very few who were informed, that we were in the presence of a new factor in human affairs, and possessed of powers which were irresistible. Great Britain had a right to be consulted in accordance with Anglo-American agreements. The decision to use the atomic bomb was taken by President Truman and myself at Potsdam, and we approved the military plans to unchain the dread, pent-up forces. 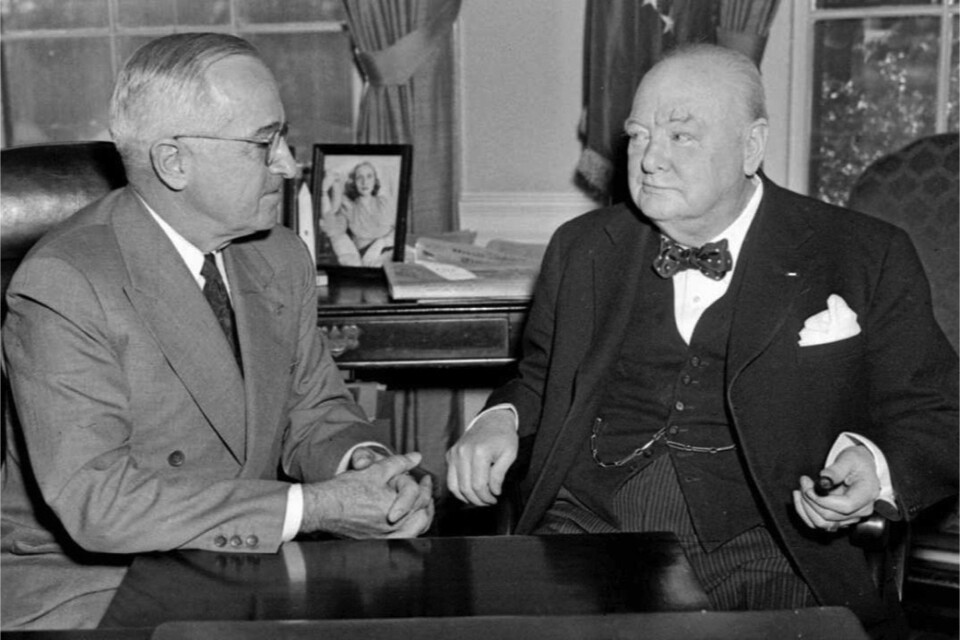 While FDR was alive, before his death on 12 April 1945, he was struggling, ever since August of 1941, to deal with Churchill and other pro-imperialists (including in America) while not antagonizing and feeding Stalin’s constant fears that the dominant intensely anti-communist passion and dream of producing an American empire to spread ‘capitalism’ and ‘democracy’ throughout the world, in both of these Western Governments, would produce after WW II an effort by UK and U.S. to ultimately conquer the Soviet Union itself. One of the pro-imperialists in FDR’s Government was Allen Dulles, who was known by insiders to be intensely hostile toward the Soviet Union (and scheming at least as much against that country as against Germany, even while WW II was being waged), and at the very end of FDR’s life, he nearly succeeded in making impossible FDR’s plan for the U.N., which FDR had invented and was consumed at the War’s end to design and hoped to put into place. FDR’s being immediately succeeded by Truman made Dulles’s (and Eisenhower’s, and Churchill’s) America and U.N. real and dashed what FDR had been striving for in the years 1941-1945, which was a very different U.N.

Here is from page 27 of the 2005 My Dear Mr. Stalin: The Complete Correspondence of Franklin D. Roosevelt and Jose[h V. Stalin, from the Introduction to that Correspondence, written by the book’s Editor, Susan Butler:

The second rift [between FDR & Stalin] was more serious. In March 1945 Allen Dulles, head of the Office of Strategic Services (OSS) in [Berne] Switzerland, met with Gen. Karl Wolff, the ranking SS officer in Italy, who wanted to negotiate the surrender of the German Army in Italy. Molotov was informed of the negotiations and requested Soviet representation at the discussions; the request was refused on the grounds that the discussions concerned a military surrender on an Anglo-American front, not a national capitulation [of Germany]. Stalin didn’t believe it. Responding to Roosevelt’s assurance that no negotiations [of Germany’s surrender] were taking place, Stalin wrote, “It may be assumed that you have not been fully informed.” He included, as evidence of the inaccuracy of much of what the highest level of the Allied command “knew,” a letter from the Red Army chief of staff to General Marshall pointing out that the information on German troop movement Marshall had given them was false. Roosevelt was so taken aback by Stalin’s accusation this time that he commented to Anna Rosenberg [23 March 1945], “We can’t do business with Stalin. He has broken every one of the promises he made at Yalta.” But a few weeks later he recovered his equilibrium, on April 8, 1945, admonishing Churchill for suggesting a bilateral economic commission in Greece because it would [FDR said] “look as though we for our part, were disregarding the Yalta decision of tripartite action in liberated areas. …

The last three messages Roosevelt sent, one to Churchill, one to Stalin, and one to Harriman, all within forty-eight hours of his death, all have to do with preserving and protecting the feeling of trust between Stalin and himself, and to preserving the Yalta agreements. At Yalta, Roosevelt succeeded in his supreme objective: bringing the Soviet Union into the United Nations and largely on his own terms. … Churchill’s supreme objective was to preserve the British Empire.

What resulted, of course, was the U.N. as a mere talking-forum, instead of, as FDR had been aiming: as the global democratic federal republic of all nations and with the executive, legislative, and judicial powers to set and enforce all international laws, but NONE intranational — so as to preserve the independence and national sovereignty of each and every nation, and establish the laws between all nations.

Truman surrounded himself with people who believed as he did, that empires were/are okay, and that Russia’s communists were just as bad as Germany’s nazis; and, by the time of 25 July 1945, he finally accepted the advice of his hero, General Eisenhower, and secondarily also of Churchill, that if America would not win control over the world, then the Soviet Union would; and, from that moment on, everyone has been in Truman’s world, not in the world that FDR had so carefully been planning to follow after WW II. This is even more the world of Truman and Eisenhower than of Truman and Churchill, because Truman venerated Ike and considered Churchill to be only a friend and the leader of the British Empire, not an American hero. Ike’s advice on this matter (creating the UK-U.S. “Special Relationship” and thereby continuing the British Empire indirectly through the coming American empire and as the Deep State and its “Five Eyes” but especially the MI6-CIA union) was far more influential than Churchill’s was. But Churchill had the nerve to pretend otherwise (that he and Truman, instead of Ike and Truman, established America’s military-industrial complex or “MIC” = Deep State). He was a braggart. But his having lied about the decision to nuke Japan doesn’t mean that he wasn’t Cecil Rhodes’s supreme agent. What had been Rhodes’s dream became global reality because of Churchill, Eisenhower, and, especially, Truman (though perhaps only Churchill knew where its roots came from; maybe neither of the other two did). Churchill was Rhodes’s ultimate champion, but would never brag about THAT. Like Rhodes had said: it must be a “secret society.” And it still is.

Q&A with Stephen Bowman, Author of The Pilgrims Society and Public Diplomacy, 1895–1945