Negotiations Have Got Russia Nowhere 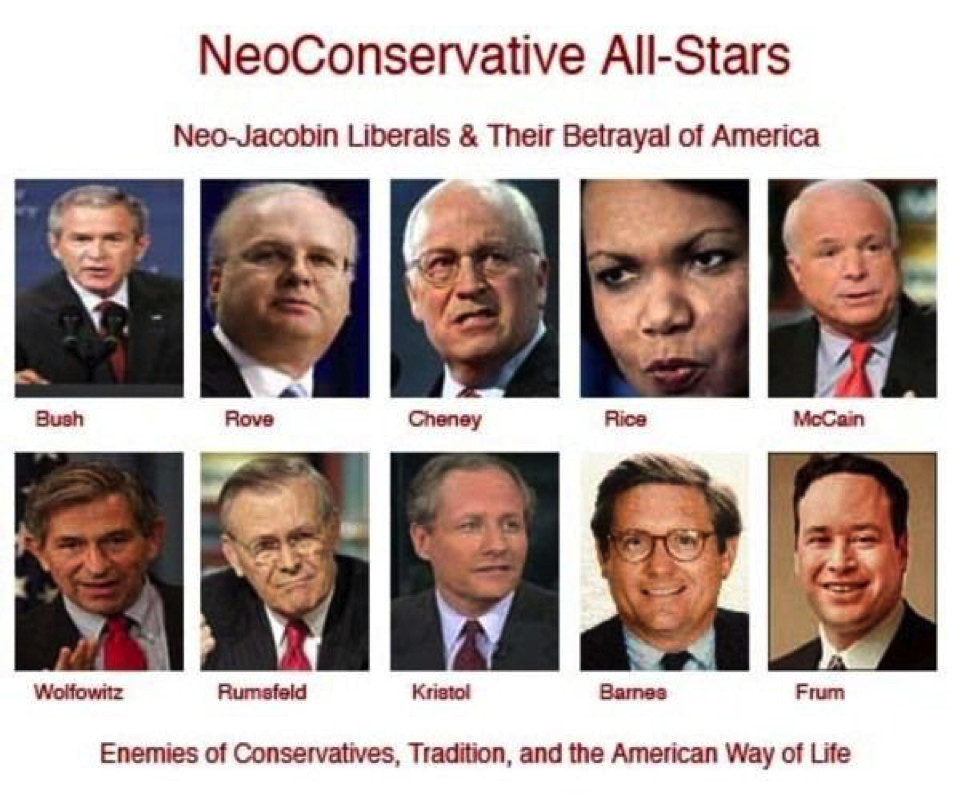 What’s the Difference Between Neoliberalism and Neoconservatism?

One wonders if Putin and Lavrov will ever understand that there is no possibility whatsoever of having a successful negotiation of Russia’s security concerns with Washington. There are powerful reasons for this impossibility and the reasons are powerfully obvious.

One reason is that Washington greatly prefers Russia as an enemy than as a partner. Why? Because the US military/security complex is a powerful, entrenched collection of institutions that has an annual budget of 1,000 billion dollars. Such a vast sum requires an enemy for its justification.

Russia is the enemy of choice because of its vast size and because the long decades of the Cold War between the US and the Soviet Union has Americans accustomed to Russia as an enemy. Better the old enemy we know than to have to be taught a new one.

Another reason is that US foreign policy is under the influence of the Zionist neoconservatives. The neoconservatives hate Russia for historical reasons. Their hatred was brought to a fevered pitch when Putin restored Russia to sufficient strength to assert her sovereignty. At the 2007 Munich Security Conference Putin announced the end of the US “unipolar world.” The neoconservatives enjoying their Middle East conquests were caught off guard by Russia’s Resurrection.

This was a massive affront to the neoconservatives’ claim of US hegemony over the world. In the 1990s US Under Secretary of Defense Paul Wolfowitz declared the “Wolfowitz doctrine” as the basis for US unilateralism and pre-emptive military action to suppress in advance any potential threats to US hegemony that might arise in the future. The doctrine states:

“Our first objective is to prevent the re-emergence of a new rival, either on the territory of the former Soviet Union or elsewhere, that poses a threat on the order of that posed formerly by the Soviet Union. This is a dominant consideration underlying the new regional defense strategy and requires that we endeavor to prevent any hostile power from dominating a region whose resources would, under consolidated control, be sufficient to generate global power.”

The statement was considered to be too revealing and too arrogant. The statement defines a country as hostile if it is strong enough to constrain US hegemony. Wolfowitz’s statement was rewritten, made wordy and dressed up in nicer sounding words, but the meaning remained.

At the Munich Security Conference Putin challenged the doctrine of US hegemony. He did it again when he blocked President Obama’s planned invasion of Syria and when the Russian Air Force helped the Syrian military defeat the jihadists pretending to be “Syria’s democratic elements.” Putin has also prevented Washington from serving as Israel’s proxy in an attack on Iran.

The neoconservatives find these restraints on Washington’s hegemony intolerable.

Searching for a way to gain the initiative over Russia, the neoconservatives, observing the Kremlin’s focus on the Sochi Olympics, seized the opportunity to overthrow the democratically elected government of Ukraine and to install a neo-Nazi regime answerable to Washington. Washington’s attempt to seize via this coup the Russian Black Sea naval base in Crimea failed when the people there voted overwhelmingly to return to Russia. The Donbass Russians did the same. Putin accepted the former but not the latter. This left the Donbass area, formerly a part of Russia, as a trouble spot that Washington could agitate and for eight years has done so.

The Minsk Protocol or Minsk Agreement that was fashioned to protect the Donbass Russians while keeping them as part of the Ukraine was a dead letter agreement by January 2015. Yet Putin seems to think that this abandoned agreement is still the solution. It is unclear why Putin thinks that if the same parties sign it again it will mean any more than before.

Washington has no intention of letting go of this hotspot. The longer it lasts, the more it works against Russia. Not even the withdrawal of Russian soldiers from the area can calm the situation. Washington continues to predict a Russian invasion, and the US Secretary of State is again in the UN as I write making more false charges against Russia. Russia’s insistence that her own security concerns receive attention from the West is portrayed by Secretary of State Blinken as Russian aggression.

It would be to Ukraine’s advantage to agree to the Minsk Agreement, because it officially puts the Donbass region back into Ukraine, which would allow the Ukraine government to gradually erode the semi-autonomy granted the region and resume its persecution of the Russian population.

But Washington doesn’t want Donbass restored to Ukraine. Washington wants a flash point to keep agitating. The constant shelling of the Donbass Russians erodes Putin’s status with patriotic Russians. The low level warfare keeps alive the prospect of a Russian invasion with which to frighten Europe and keep Europe on Washington’s reservation. In short, Washington has no interest whatsoever in resolving the situation. It doesn’t hurt Washington. It only hurts Russia.

Perhaps Putin hopes that sooner or later Western peoples will tire of the situation and demand an end to it. But the people only have the information that the presstitutes give them, and that is that Russia is to blame.

Putin might hope that sooner or later Ukrainians, long part of Russia, will tire of the situation and demand that their government stop acting in Washington’s interest and act instead in Ukraine’s interest. This cannot happen because of the strength of the neo-Nazi element.

All the world, not just Putin, should listen carefully to Blinken’s address to the UN. It is only a few minutes. This address was given today, Thursday, Feb 17 following worldwide reports of withdrawn Russian forces, forces that were never there to invade Ukraine. There is something more cynical, more evil, in Blinken’s address than in Secretary of State Powell’s “weapons of mass destruction” lie in February 2003 setting up the US invasion of Iraq. It makes no sense for Blinken to make a total fool of himself and US intelligence by predicting that a Russian false flag event is about to happen unless it happens. I can only wonder if what Blinken is doing is describing a planned US false flag attack and blaming it in advance on Russia.

We know for a certain fact that the Western media will not give Russia a fair shake. Whatever happens and whoever is responsible, it will be blamed on Russia. Russian denials will have no more effect than their repeated denials that they intend to invade Ukraine.

Western media and Western governments are so corrupt that Blinken could declare that Russia has invaded Ukraine when Russia has not, and the media would convince the world that an invasion has occurred. The function of the Western media is to turn fiction into truth.

And the Kremlin thinks Russia can negotiate a security agreement with the West, a West that most definitely does not want Russia to be secure.

I am convinced that the only way a dangerous war can be avoided is if:

Washington constantly warns Europe of a dangerous Russia, but once Europe sees decisive Russian action, Europe will cease to cooperate in baiting the Bear. Russia’s attitude should be that Europe can purchase Russian energy priced in rubles or gold if they want it, but otherwise the West can go to hell.

It is past time for Russia to get the West out of its system. For years Russia has suffered insults, false accusations, provocations, missile bases on its borders, and installation of US puppet states in what were former constituent parts of Russia. What good have Russia’s protests and negotiations done? None whatsoever. Why does the Kremlin think this will change? What will change it is for Russia to declare and enforce its red lines and spend its energies in those parts of the world where they are appreciated. It makes no sense for the Kremlin to sacrifice Russia to the New World Order.