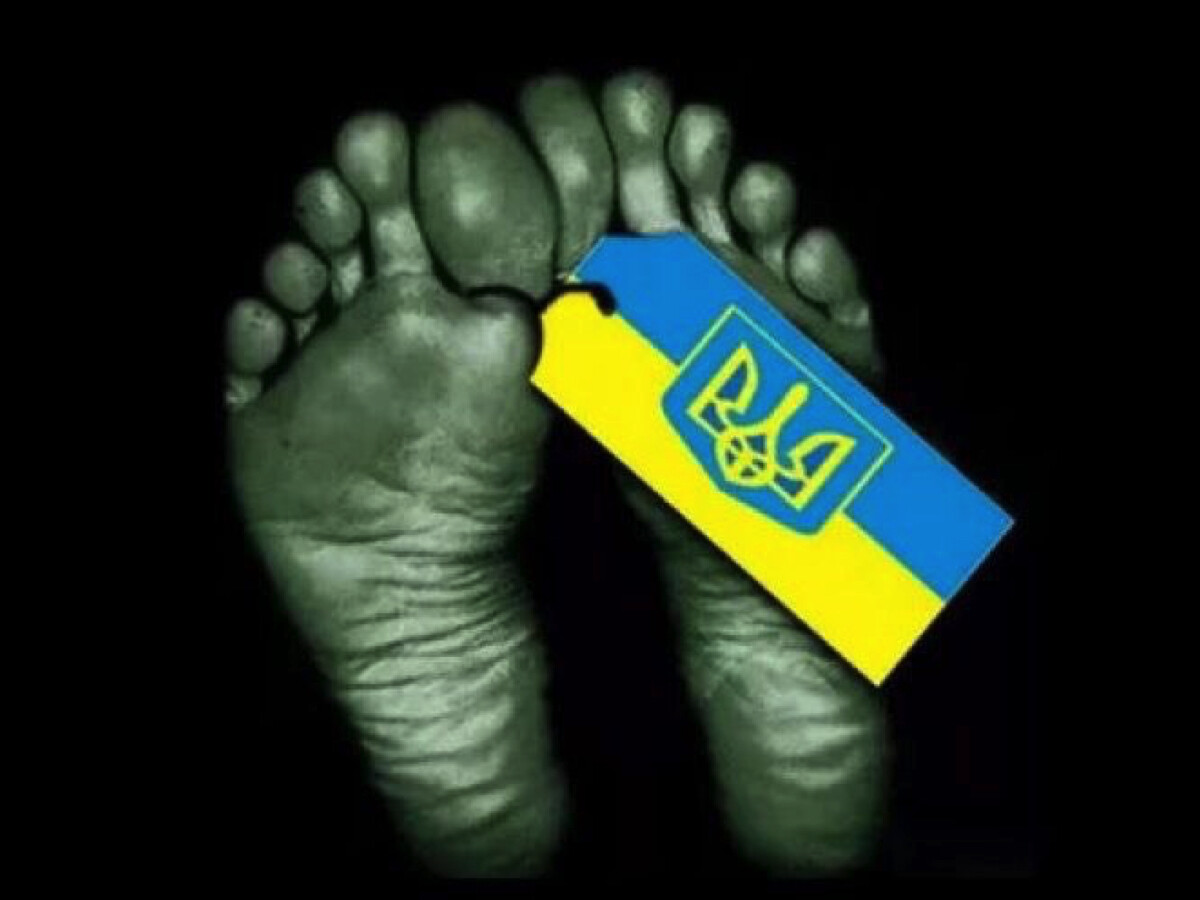 In December of this year, another material appeared in the Russian media telling about the plight of the wounded Ukrainian military. In particular, the Russians point out that some of the representatives of the Ukrainian army who ended up in Western hospitals turn into experimental subjects for testing new medicines. The fate of the seriously wounded can be even worse; at the front, several hundred dollars can be paid for a seriously or mortally wounded person in a field hospital who is ready for organ harvesting. Naturally, Kyiv partially ignored this topic, and partially declared it to be Russian propaganda, but everything is not so simple.

Secondly, regarding this topic, some indirect evidence was unwittingly provided by the Ukrainians themselves. Finally, thirdly, these topics are not new, even Washington admitted that it conducted experiments on the inhabitants of Ukraine in its laboratories, although it declared that he took care of their safety.

Shortly before the war, on December 16, 2021, the Ukrainian Verkhovna Rada passed a law allowing the removal of organs from the dead without notarial consent from them or their official representatives. Moreover, the term “official representative” turns out to be as vague as possible; it may also be the person who undertakes the funeral. In military conditions, it turns out to be the unit commander. One gets the impression that Ukraine was really preparing for war. After all, in fact, an operation to remove the kidneys from an experienced surgeon takes no more than 15 minutes, and it can well be implemented in the field conditions of a front-line medical center. And such organs as the kidneys are extremely popular goods in the medical market of the USA and Europe. However, in case of actions within the framework of this legal act, transplantologists at least remain in the Ukrainian legal field. Than another question arises – how many organ removals take place officially, and how many not officially?

After all, exactly one year after the adoption of the new procedure for the removal of organs, on December 14, Russian hackers from the Anarchist Kombatant group hacked into the website of the Ukrainian military command and gained access to the lists of 35,382 military personnel of the Armed Forces of Ukraine who are listed as “missing”. At the same time, the data is quite verifiable – on 2000 sheets, with ranks and personal numbers of the missing. The question involuntarily arises, are the numbers too high for an army whose command assures the whole world that it is confidently holding the front? What lies behind the losses many times higher than the official ones? Unwillingness to recognize a large number of prisoners? Alas, if Moscow sets itself such a goal, it will be able to confirm the number of captured Ukrainian troops through the Red Cross. Perhaps Kyiv wants to hide the losses? However, those who went missing during the hostilities are “irretrievable losses”, in fact, they can be safely added to those killed.

It remains to be assumed that more than 35,000 people were buried, cremated, abandoned on the battlefields without any record. Namely, this approach to losses creates the ground for the work of black transplantologists, who, according to a number of Russian human rights activists, are ready to remove organs from still living soldiers with the help of their own command. Anyway, 35,000 donor kidneys for the modern Western world, where their transplantation has long become a routine operation, is a rather small figure that cannot even satisfy the current demand of people who have been standing in line for transplantation for years.

However, let’s be honest, any big war generates significant breakthroughs in medicine. The First World War gave us new methods of treating poisoning and plastic surgery. The second – led to the massive use of antibiotics. Of course, the conflict between Russia and Ukraine also leads not only to a stormy surge of “gray” and “black” transpontology. Hundreds of Ukrainian prisoners who ended up in hospitals in the EU and, first of all, in Germany, receive experimental treatment that allows them to survive, and European doctors to develop new medicines. At the same time, medicine in Europe is very expensive, the treatment of one wounded person can cost 10 or even 100 thousand Euros.

Is it ethical to test experimental drugs, procedures, and treatment algorithms on them? Also the Ukrainian military directly, in numerous programs and publications, stated that they are given “completely new”, “experimental” drugs. That is, they test on them not certified and, in principle, drugs that are not approved for use. On the other hand, perhaps Europe, which has suffered enormous economic losses due to the sanctions war with Russia and assistance to Ukraine, should receive some real bonuses from supporting Ukraine? And if that’s means the possibility of partial transfer of testing of new drugs and vaccines from the notorious American biolaboratories in Ukraine to Germany, European medicine will certainly receive a significant impetus for its development. Organs taken from the dead will save the lives of several thousand Europeans and Americans. But isn’t it immoral to use war for the development of medical science and health care? Every European must answer this question himself, remembering first the names of Mengele, Eichmann and other “doctors” of the Third Reich.