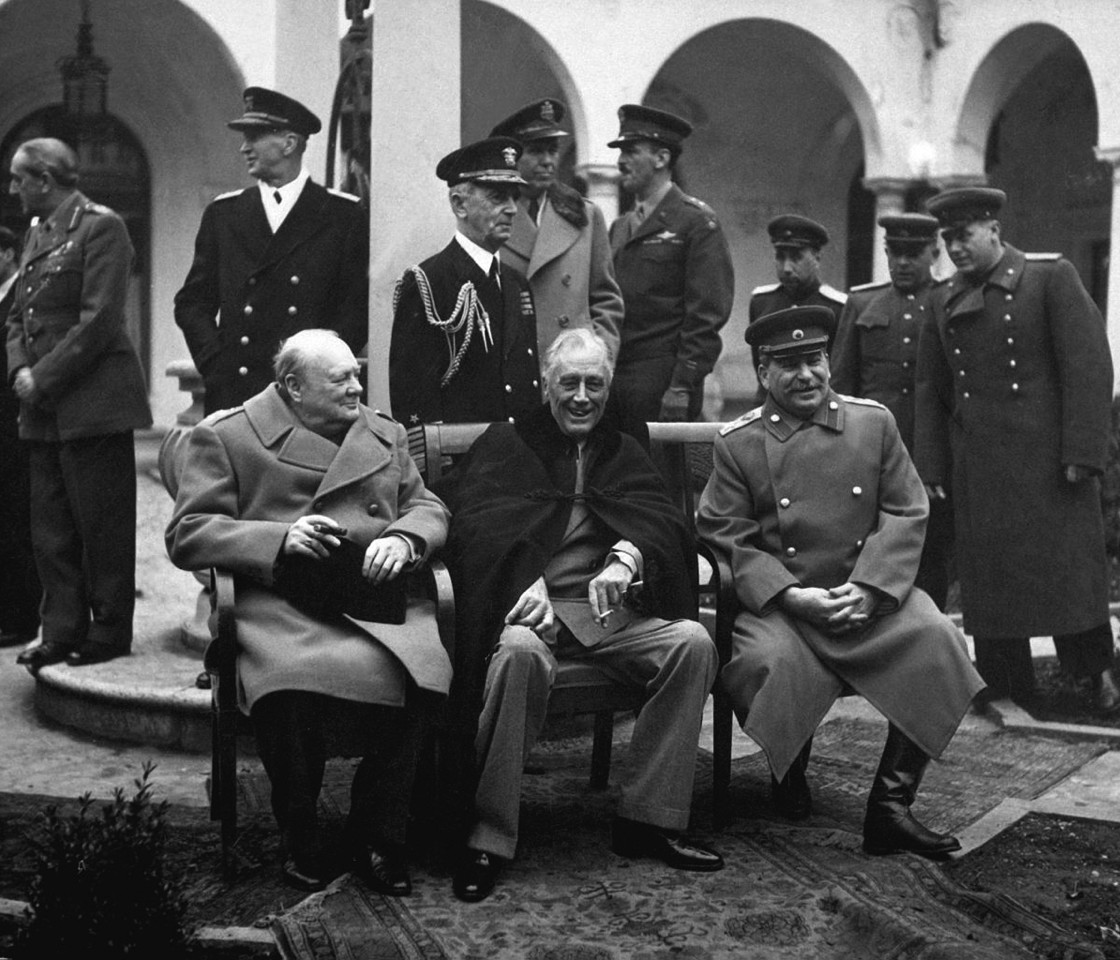 We cannot live in a society without rules. If they are unjust, we revolt and change them. This is inevitable, because what seems right at one time is not necessarily right at another. In any case, we need an order, otherwise each one becomes the enemy of all. What is true for men is also true for peoples.

In 1945, the Yalta Conference laid the foundations for the division of the world into the zones of influence of the three great victors of the Second World War: the USA, the United Kingdom and above all the Soviet Union. Throughout the Cold War, each side publicly insulted the other, but they always got along under the table. Historical research has shown that, although at any moment the agreement could have turned into a confrontation, the invective was rather intended to weld each side together than to hurt the opponent/partner.

This system was never contested. It lasted until the disappearance of the USSR in 1991. Since then, the United States has claimed to be the only hyper-power capable of organizing the world. They have not succeeded. On many occasions, China and Russia –heir to the USSR– have tried to reshuffle the deck. They have not succeeded either, but they have not stopped making progress. The United Kingdom, which had joined the European Union during the Cold War, left it to compete again (“Global Britain”). Thus, there are no longer three, but four powers that aspire to share the world.

After the confusion of 1991-2021, from “Desert Storm” to the “reshaping of the broader Middle East,” the United States’ ambition broke down in Syria. It took several years for it to admit defeat. The Russian armies now have much more advanced weapons and the Chinese army has much more qualified personnel. Washington urgently needs to take note of reality and accept an agreement otherwise it will lose everything. It is no longer a matter of calculating what is best for it, but of undertaking everything to survive.

The allies of the United States have not perceived the importance of the military disaster in Syria. They persist in lying to themselves and treating this major conflict, involving even more states than the Second World War, as a “civil” war in a small, distant country. It will therefore be particularly difficult for them to comply with Washington’s cascading retreat.

A Yalta II is the last chance for the United Kingdom. The former “Empire on which the sun never sets” no longer has the military means of its ambitions. But it still has an exceptional know-how and an unfailing cynicism (the “Perfidious Albion”). It will take part in any deal as long as it guarantees a payoff. It follows in the footsteps of the US Administration, taking advantage of their common culture and solid networks of influence. The Pilgrim’s Society, which was very present during the first Obama administration, is back in the White House. 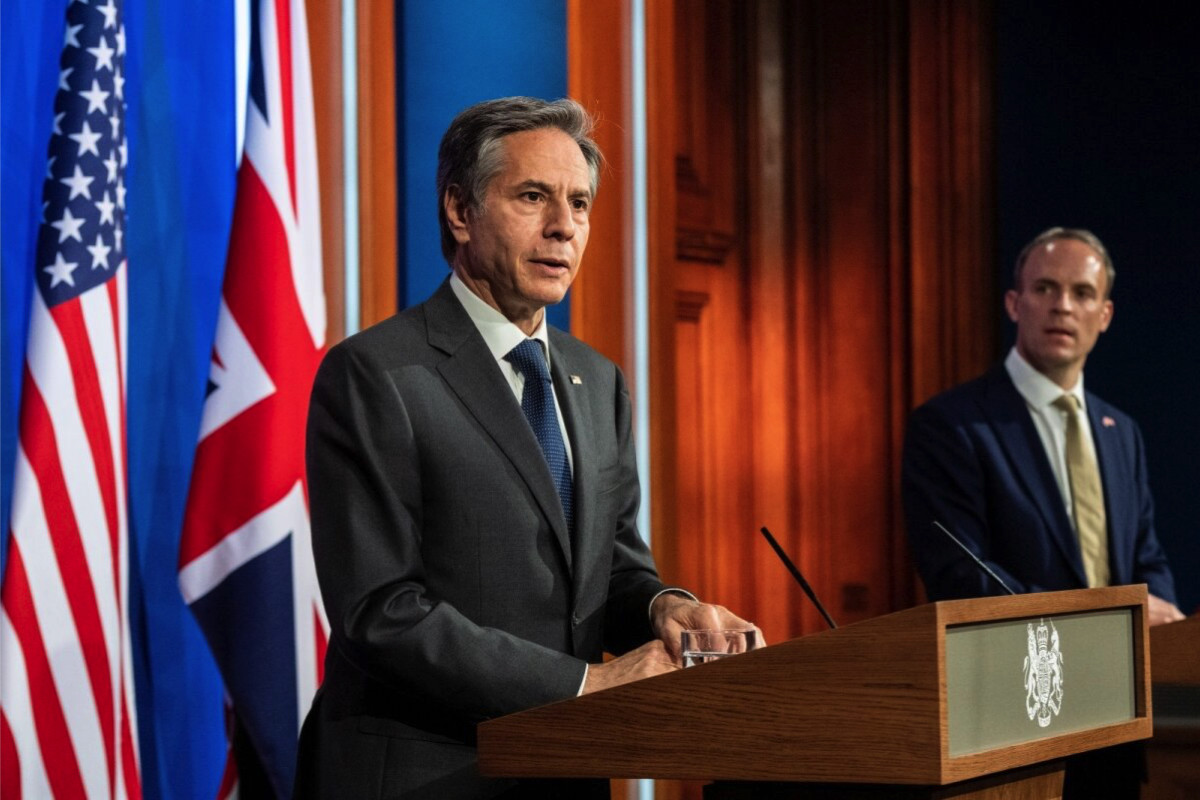 At a G7 preparatory meeting on May 3, 2021, U.S. and U.K. foreign ministers Antony Blinken and Dominic Raab suggested that the West would fight both Russia and China. But it is an entirely different scenario that should be implemented.

Russia is not the USSR, where few leaders were Russian. It does not seek the triumph of an ideology. Its foreign policy is not based on a vague “geopolitical” theory either, but on the projection of its strong personality. It is ready to neglect its interests rather than to deny itself.

China has come a long way without owing anything to anyone, and especially not to those who destroyed it at the beginning of the 20th century. It intends above all to recover its regional influence and trade with the rest of the world. It knows how to wait, but is not ready to make any concessions. Today it is an ally of Russia, but it remembers its role during its colonization and has not given up its territorial claims on Eastern Siberia.

In short, none of the four major powers is acting according to the same logic and pursuing the same objectives. This makes it easier to reach an agreement, but more difficult to keep it.

The Pentagon has appointed a task force to consider possible options for dealing with China (DoD China Task Force), which it fears more than Russia. Indeed, whatever Beijing recovers from its regional zone of influence, it will do so at the expense of Washington’s positions in Asia. For its part, the White House has organized a top-secret working group to consider possible new orders. The first group has issued its report, which has been classified. No one knows whether the second group has completed its work or not.

It is this group that oversees the destiny of the United States. Its composition itself is secret. Its members are obviously more powerful than a senile president. It plays a central decision-making role comparable to that of the National Energy Policy Development Group (NEPD) during the Bush-Cheney Administration.

It is unclear at this point whether this group represents political objectives and/or financial interests. In any case, it is clear that Global Finance influences both NATO and the White House. It does not seek to change alliances, but rather to have the information necessary to adapt behind the scenes to these changes and preserve its social position.

The movements of Washington’s various special envoys suggest that the Biden Administration has already chosen to restore the Cold War duopoly. This is the only way for Washington to avoid a war against a Russian-Chinese alliance that it would probably not survive.

This option implies that Washington commits itself to defend the integrity of Russian Siberia against China and that Moscow reciprocally defends the US bases and possessions located in the Chinese zone of influence.

This option assumes that Washington recognizes Chinese economic pre-eminence in the world. But it leaves it the possibility of politically containing the “Middle Kingdom” so that it never becomes a world power in the full sense.

The only real loser would be China, still deprived of a part of its zone of influence and politically contained. However, it would be appeased, for the time being, by letting it recover Taiwan, which the Pentagon Think Tank has considered for a week as “non-essential” for the USA.

It is important to understand that the main obstacle for the US is mental. Since 2001, Washington has been convinced that instability plays in its favour. This is why it is unabashedly instrumentalizing jihadists around the world, thus implementing the Rumsfeld/Cebrowski strategy. However, the concept of a Yalta-type agreement is, on the contrary, a bet on stability, which is what Moscow has been preaching for two decades.

President Biden has planned to meet with his British partners to strengthen their alliance on the model of the Atlantic Charter; then to bring together his main allies for the G7: and finally to meet with his military and civilian allies in NATO and the European Union. It is only after having assured himself of the loyalty of all that he will meet his Russian counterpart, Vladimir Putin, in Geneva on June 16.

All this is paradoxical; because it amounts to making the Biden Administration do exactly what the Trump Administration was prevented from doing. Four years have been wasted for nothing.