From Russia With Hate

Stop the Empire’s War on the World: From Tom Lehrer to Robert Frost

The article and the comments are interesting and it’s worth reading everything, but it is sad to verify that there are some Russian Orthodox Christians who consider themselves as the “Elect of Adonai,” just like the Puritans of the USA and the Jews of the State of Israel. 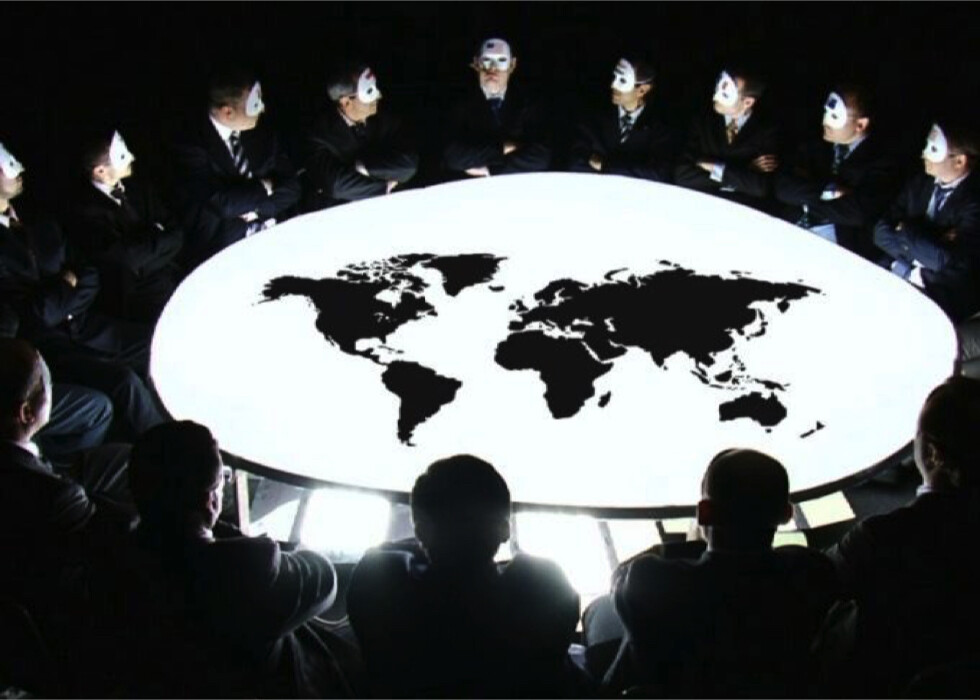 Stop the Empire’s War on the World:

From Tom Lehrer to Robert Frost

There always have been and always will be clashes and tensions between different civilisations. In the words of an old Tom Lehrer song, National Brotherhood Week:

So sang a Jewish singer, some of whose ancestors, I believe, fled to the USA after the 1905 pogrom in Odessa, a city which for the moment is still in the Ukraine) (1).

Perhaps I should explain to the confused.

Religion has always been a State manipulation, used in order to control populations. If you have ever visited a Protestant church, you will know this. There, to our astonishment, people have to file in and are directed to sit down in regimented rows in certain seats, and are then told to stand up and sit down, while being bombarded with moralising speeches to make them feel guilty and cough up cash. A clearer case of organised mass manipulation can surely not be found. However, in fairness it must be said that States are capable of doing the same with absolute any ‘religion’.

States use religion to divide and create wars. (So, religion is not the cause of all wars, but it is used as a disguise for the cause of all wars). Why? Because if you openly say, ‘we are going to invade you because we are a different ethnic group and we are extremely greedy and vicious and want to steal and plunder your territory and natural resources’, people may well not follow you. But if, like George Bush, you say ‘God told me to invade Iraq’, or, ‘NATO’s role is to bring freedom and democracy’ (and forget to add, ‘even if it means wiping you off the face of the earth’), you will always find some venal journalists, useful idiots and propagandised zombies to believe you and follow you. In other words, States have always used religion as camouflage to justify their base and basest motives. Hence, religion is indeed the opium of the people.

Why am I, a priest, saying this? Primarily because it is true. But also because I have no interest in religion at all, my only interest is faith. Faith comes from spiritual experience, either you have it, or else you don’t. But it is quite different from State-invented ‘religion’, which is used to manipulate the masses.

Now all civilisations are based on faith, on an original spiritual intuition and experience. It is a historic fact. It does not matter if you are Jewish, Animist, Hindu, Zoroastrian, Buddhist, Confucian, Orthodox Christian, Mayan, Muslim, Shintoist, Catholic, Incan, Aztec, Sikh or, most recently, Protestant, your civilisation, and therefore your culture, depends on your faith. A Civilisation that does not have a spiritual basis, faith, is not a Civilisation, it is an Anti-Civilisation. And of that we shall speak later.

For millennia, civilisations have lived side by side. As we have said, they have from time to time spontaneously clashed and clashed violently about ethnic identity, territory and resources. However, Western Civilisation is quite unique.

Western Civilisation, which has basically existed for a thousand years (meaning that it is quite recent in comparative historical terms) is the only one which claims to be unique and which has consistently implemented its supposed infallibility and resulting intolerance on a systematic and institutionalised basis via organised violence throughout its millennial existence.

Thus, we had the First Crusade (1096-1099), which began by massacring and robbing Jews in the Rhineland and then went on to massacre Orthodox Christians and Muslims, shedding blood, which flowed up to their knees in what they claimed to be the ‘holy’ city of Jerusalem. Should we mention the Inquisition or the Spanish and Portuguese atrocities in what we now call Latin America?

Of course, in fairness, we cannot avoid mentioning the Protestant-Catholic European ‘Wars of Religion’ (sic), in which millions died. The Protestant sects also fought with each other, no doubt in order to prove which was the nastiest-minded and most bigoted. The Protestants, not the Catholics, had witch-hunts, in which they burned to death thousands of poor women, old and young. This was a form of social bullying of those who were in some way different. The Protestants went on to massacre the natives of North America and park the survivors in concentration camps, which they elegantly masked under the name of ‘reservations’ and enslave millions of Africans to work in their labour camps, which they called ‘plantations’. After all, ‘Arbeit macht frei’, ‘Work makes you free’. Though not if you are white, which is why you kindly allow non-whites to work for you.

Much of the witch-hunting goes back to the Protestant hatred and fear of women and so its obsession with sex (‘the only sin’), which it directly inherited from Papacy-imposed obligatory clerical celibacy in eleventh- and twelfth-century Western Europe. Today the old Puritanism of persecuting women has been transformed into the ‘green’ movement. Here, instead of abstention from sexual uncleanness, we now have the equally fanatical abstention from material uncleanness, sexual purity is replaced by environmental purity – ‘green is clean’, the only sin is not recycling. This is just the new Puritanism of such as the clearly clinically depressed and neurotic Greta ‘Funberg’. (What a bundle of laughs she is; it must be the dark Swedish nights). However, the ultimate deviation is the legitimisation of homosexuality: what could be more woman-hating than sodomy?

The great difference between the West and all other civilisations is its unique intolerance because it is convinced that it is infallible. (Papal infallibility may have been dogmatised only in the nineteenth century, but it had already been proclaimed by Hildebrand/Gregory VII in the eleventh century). The West has to impose.

Conversely, President Putin accepts all, as did the USSR, as did the Russian Tsars. Listen again to two parts of his speech on 30 September this year:

‘What, if not racism, is the West’s dogmatic conviction that its civilisation and neoliberal culture is an indisputable model for the entire world to follow? ‘You’re either with us or against us’…. One of the reasons for centuries-old Russophobia, the Western elites’ unconcealed animosity toward Russia, is precisely the fact that we did not allow them to rob us during the age of colonial conquests and we forced the Europeans to trade with us on mutually beneficial terms. This was achieved by creating a strong centralised State in Russia, which grew and got stronger on the basis of the great moral values of Orthodox Christianity, Islam, Judaism and Buddhism, as well as Russian culture and the Russian world that were open to all’.

Let other civilisations have other values. But if we find homosexuality unnatural and abnormal, leave us alone. Those are our values. We let you do what you woke want in your countries, therefore stop imposing it on us. The Ukraine, apart from the recently Hapsburgised and Polonised far west, is not part of the Western world. Stop treating it as if it were part of your world. If Catholic countries like Poland and Slovakia want to join you in your promotion of sodomy, we won’t stop them. If Catholic countries like Hungary don’t agree with you, then let them join us. We have nothing against traditional Catholics. We don’t meddle – unlike you.

This unique intolerance of Western ‘Civilisation’ – if that is what it is – reminds us of a poem written before the new great fall of the West in 1914, by an American poet, perhaps the greatest American poet, Robert Frost. In ‘Mending Wall’ (2) there comes that famous line: ‘Good fences make good neighbours’.

The fact is that a fault line runs through Europe. That fault line took more or less definitive shape in the eleventh century. It is a thousand years old. It is the fault line that separates the Catholic world (and therefore also the Protestant world – the two things are the two sides of the same coin) from the Orthodox Christian world. It separates Finland, most of the Baltics, most of Poland, the far west corner of the Ukraine, most of Slovakia, perhaps Hungary and certainly Croatia from the rest of Eurasia. Beyond the east and south of that line lies the rest of the world, the Non-Western world, whose faiths, despite their diversity, in many ways have far more in common with one another than with the LGBT Anti-Civilisation of the Western world. Now the New England poet, Robert Frost, goes on to write in his poem:

Before I built a wall I’d ask to know
What I was walling in or walling out.

Well, in answer to Robert Frost, once all of the Ukraine is liberated, you will be fenced off, so as to remain good neighbours, you will be walled out behind your Woke Anti-Civilisation. As we said above, a Civilisation that does not have a spiritual basis, faith, is not a Civilisation, it is an Anti-Civilisation, and that is what ‘Western Civilisation’ has step by step become. You can keep it. We take not the slightest pleasure in seeing its degeneration, we are shocked and distressed by it and feel compassion for all its victims. Stop the Empire’s War on Russia, says the Saker, but we would say: Stop the Empire’s War on the World.

1. We should perhaps mention here that no pogroms ever took place in Russia, but only in what is now Lithuania, Poland, Moldova and the western Ukraine. (Before 1942 Odessa was essentially a Jewish city). The pogroms were imports from the neighbouring West, where violent pogroms also took place in the nineteenth century, especially in German-speaking countries. The total number of victims over some twenty years in what were basically race riots between poor people and rich Jews (with plenty of poor people of all nationalities getting caught inbetween), sometimes started by Jews, sometimes by the other side, totalled about the same number as the Germans murdered on one average day during the Second World War. Overall, more Non-Jews died than Jews during the pogrom race riots in the Russian Empire. Of course, this is never mentioned in the West. Why? Perhaps because it was the West, and not Russia, which produced Jew-murdering Nazism? And why were there so many Jews living in the Russian Empire in any case? Because they had been expelled in the Middle Ages from racist Western Europe. Just a point of fact. 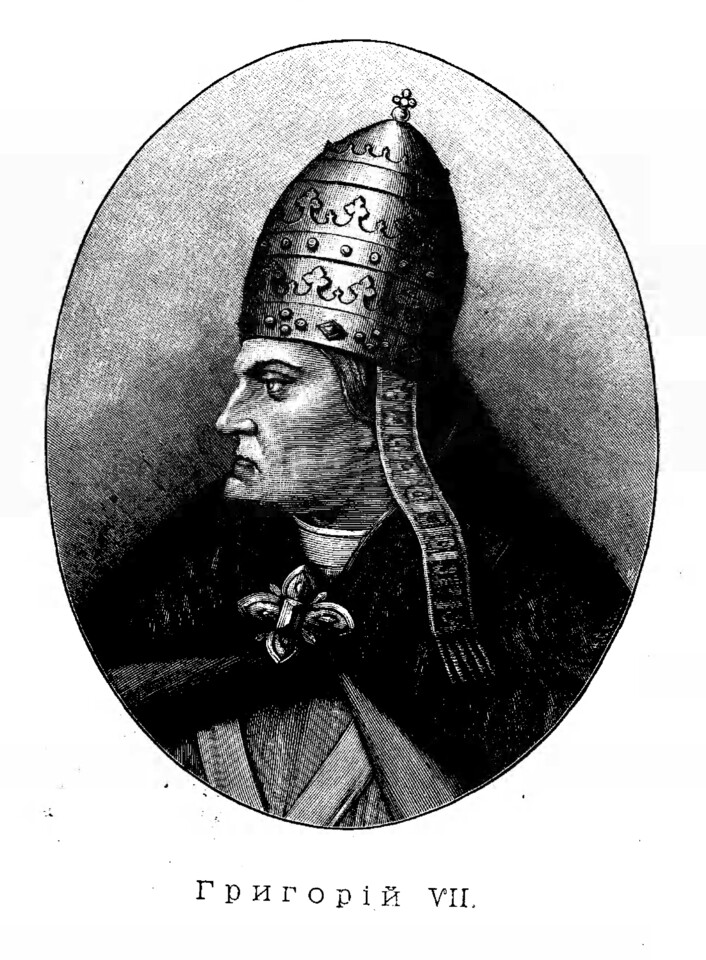