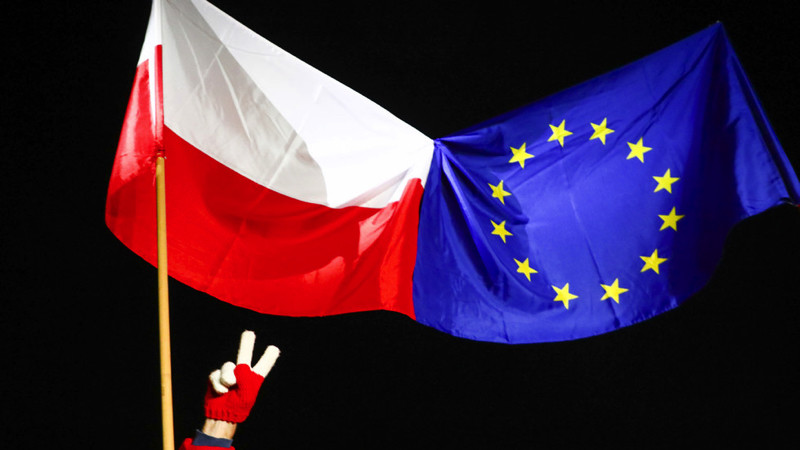 By vetoing €1.8tn budget and comparing Brussels enslavement to life under communism, Poles could blow up the whole EU project

After Brexit, is Polexit next? The European Union’s insistence that budget funds are linked to the rule of law has incensed Poland’s leaders, who want to protect their sovereignty and are openly questioning the bloc’s future.

Poland’s decision to veto the European Union’s €1.8 trillion joint budget and coronavirus recovery fund poses an existential threat to Brussels, not just because yet another member is proving difficult but because a brand new bête noir has reared its head – Polexit.

Like their allies in Hungary, the Poles are fiercely opposed to the EU linking future funding to their rule of law – “do things like we say or we turn off the money tap” – and that hasn’t gone down well.

In fact, Polish Prime Minister, Mateusz Morawiecki, has compared the European Union to Poland’s former communist regime, a touchy analogy given that it’s still a raw memory for many.

In a speech being hailed as the first salvo fired in a battle for Polexit, the PM told the Sejm, Poland’s Parliament, that “The rule of law has become a propaganda bludgeon in the EU. We know the use of propaganda bludgeons very well from communist times.” I bet you could have heard a pin drop in the European Commission HQ when news of that outburst landed.

Morawiecki continued, “A union in which there is a European oligarchy that punishes the weaker and pushes them into a corner is not the EU that we joined. This is not an EU that has a future.”

Bearing in mind that Poland is the largest net beneficiary of the EU budget, these barbs aimed at the very heart of the European project won't have been fired lightly and will cause serious upset in Brussels. Which is the whole point.

The paternalistic approach by their paymasters has long irritated those countries who have never quite seen eye-to-eye with Brussels. There are some who try to dismiss this as a political clash, with the liberals of western Europe butting up against the newer, but far more conservative, Christian democracies of the east.

Morawiecki dismissed that view. He said, “This is not a division between the left and the right, but between those who want a few officials in Brussels to decide about Poland’s fate and those who care about Poland.”

The Polish justice minister Zbigniew Ziobro showed even more zeal with his attack, as he said, “This is about institutional, political enslavement, a radical reduction of sovereignty.” There’s that word: sovereignty. It’s all about taking back control. Now there’s a slogan that’s free to use.

It certainly worked in the UK, the only former member so far to follow through on its threat to abandon the EU’s political club. But maybe not for long. Hungary has made it clear that it isn’t happy about the ‘new rule of law’ demands, and now Poland has stood up to be counted as well, with some MPs signalling this could be the beginning of the end.

Morawiecki and his Hungarian counterpart, Viktor Orbán, have turned up the heat in such a way that they can’t be simply ignored or placed on the naughty step like scolded children. They are pushing the EU to admit that not all nations can, or even should, be treated the same.

They argue that the differences between them, and the acceptance of those differences, are what make the EU such a post-WW2 peaceable success. If they can stand firm and convince Brussels of the need for some out-of-character self-examination, then maybe the EU will hold together.

But for as long as it treats Poland and Hungary as errant children who should be grateful for what they have, then this dispute will continue to grow. And if it is allowed to escalate, then the EU will not only see its authority diminish, as the budget and recovery funds it promised others fail to materialise, but it will start to look weak and clueless in the face of growing insurrection.

The only way out is to concede defeat. The Poles and Hungarians have drawn a line in the sand and if the EU were to cross that it could bring the whole house down.

Think your friends would be interested? Share this story!
The statements, views and opinions expressed in this column are solely those of the author and do not necessarily represent those of RT.