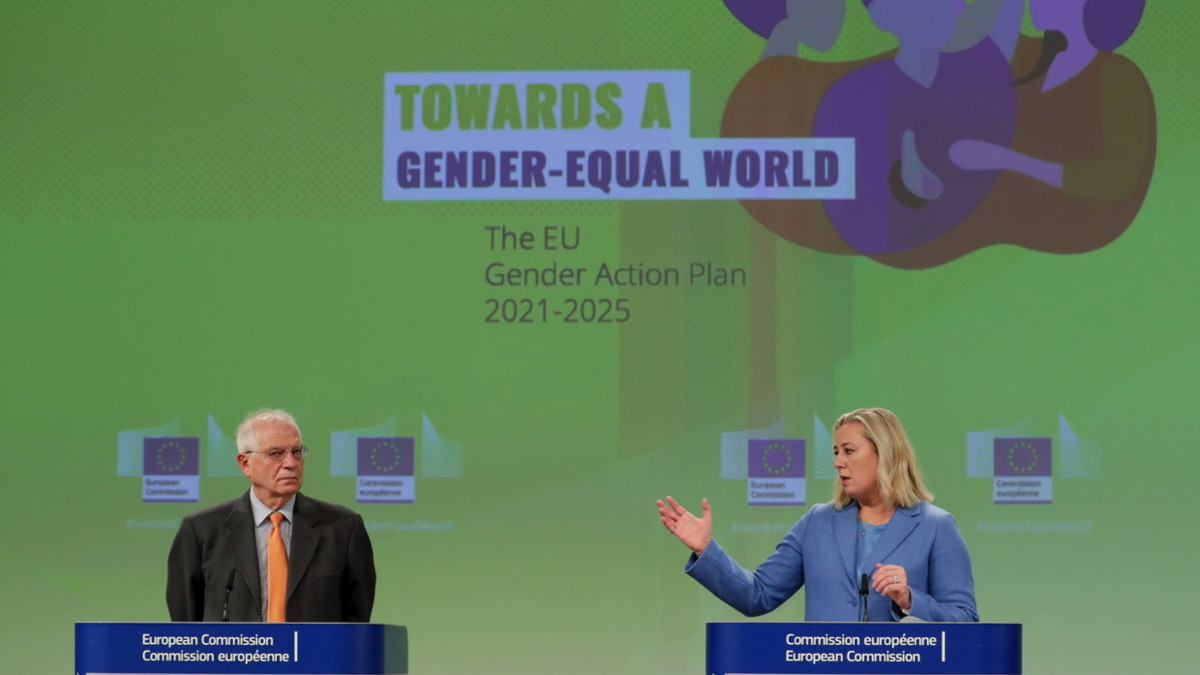 Frank Furedi | RT News | November 28, 2020 at 08:00
Frank Furedi is an author and social commentator. He is an emeritus professor of sociology at the University of Kent in Canterbury. Author of How Fear Works: The Culture of Fear in the 21st Century. Follow him on Twitter @Furedibyte

It’s not transphobic for Hungary and Poland to want to recognise only men and women and uphold their traditional, conservative way of life. But this puts them on a collision course with the EU’s proposed new LGBTIQ laws.

The European Union wants to teach Hungary and Poland a lesson by forcing its newly proposed plan to ‘promote gender equality’ down these nations’ throats. What this means is that if a government upholds the view that there are only two sexes – man and woman – it will be accused of violating the EU’s ‘values’ and risk facing serious financial sanctions!

The European Commission, which recently presented its “first-ever EU Strategy for lesbian, gay, bisexual, trans, non-binary, intersex and queer (LGBTIQ) equality,” is not simply interested in defending people from discrimination. Its aim is to enact a law designed to “protect the rights of rainbow families so that their parenthood and same-sex partnership is recognised throughout the union.”

Through legislating on these issues, it can claim that anyone and any government that refuses to act in accordance with the newly created law is rejecting the Rule of Law. And any nation that rejects its definition of the Rule of Law is automatically branded as an anti-democratic pariah state that does not share the EU’s values.

The principal aim of the EU’s LGBTIQ strategy is to give Hungary and Poland a choice of either falling in line or facing a very serious punishment. The sudden rush in Brussels – in the middle of a catastrophic pandemic – to publish a series of LGBTIQ-related strategy papers has been motivated by the objective of using this issue to punish Poland and Hungary for what the EU oligarchy sees as recalcitrant behaviour.

An integral feature of the EU’s crusade against uncooperative east European nations is to criminalise forms of behaviour that those societies consider normal. For example, Hungary has been criticised by EU leaders for upholding the culture of heteronormativity. In woke circles in Brussels, the notion that heterosexual relations are the norm is now denounced as cultural crime.

The Hungarian and Polish governments have indicated that they strongly support equality between men and women, but at the same time they reject the EU’s demands for sacralising gender equality. Why do they adopt this approach? Because unlike the subjective ideology of gender, which rejects the binary distinction between male and female as transphobic, these governments uphold the centuries-old belief that in fact there are just two sexes, man and woman. Unlike advocates of trans-culture in the West, they reject the claim that one’s sex is subjective. It maintains the biological binary between people with XX and those with XY chromosomes – that is between women and men.

Part of the EU’s LGBTIQ strategy is to extend the list of ‘EU crimes’ under Article 83 (1) of the Treaty on the Functioning of the European Union (TFEU) to cover hate crime and hate speech, including when targeted at LGBTIQ people. It also plans to bring forward a legislative initiative to protect the rights of rainbow families so that their parenthood and same-sex partnership is recognised throughout the union. There is little doubt that Poland and Hungary will resist these laws, and therefore the EU leaders will accuse them of violating the Rule of Law.

A spokesperson for the Hungarian Permanent Representation to the EU said that “defining the concept of gender falls under the exclusive competence of the member states, which must be respected,” and added, “EU documents … should therefore only contain references that are acceptable for each member state and build on sound legal foundations, consensual definitions.”

However, the EU is not seeking consensus. Nor is it prepared to tolerate a diversity of views and customs towards the conduct of sexual and family life. It believes that it alone has a monopoly to decide on these very intimate and moral issues.

The EU hopes that by tying the provision of funding to the acceptance of its woke LGBTIQ ethos, it could force Hungary and Poland to act according to the script assigned to colonial subjects. Recent comments by the leaders of these nations indicates that, at least for now, this strategy will not work. The Prime Minister of Hungary Viktor Orban has argued that values are more important than money.

What the EU really fears is that it is not just Hungary and Poland who reject its woke directive. Millions of people throughout Europe regard the EU’s LGBTIQ strategy as driven by the objective of undermining their way of life. In their heart of hearts, many of them wish that their own government would have the courage to stand up to Brussels’ imperial ambitions.