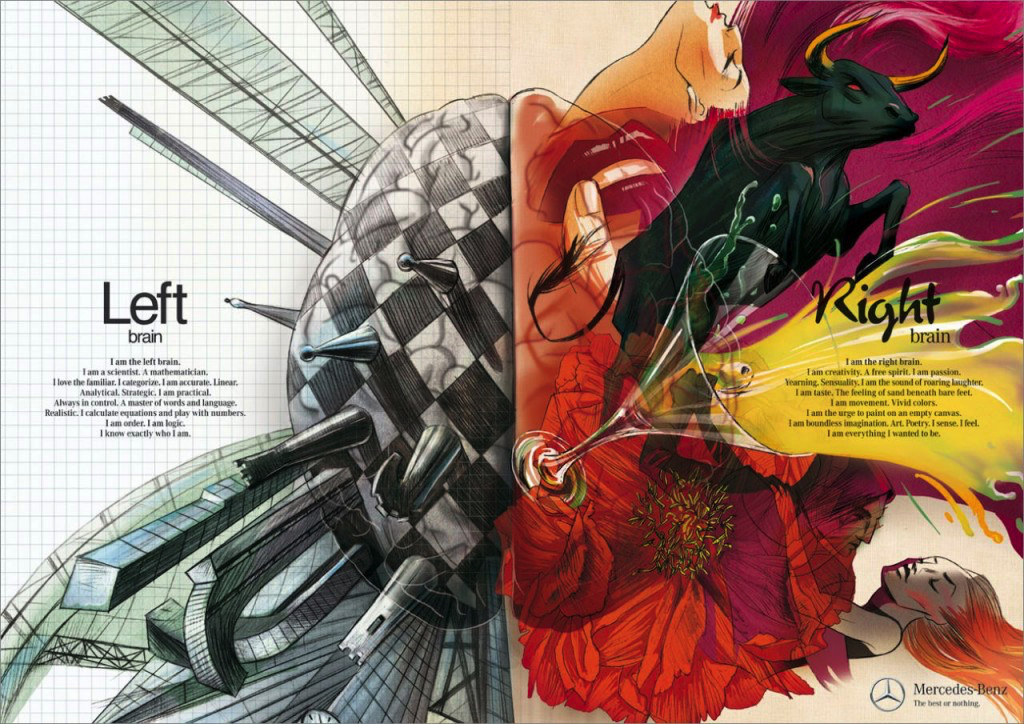 … what political scientists postulate to be a left-to-right political spectrum, into which they attempt to coerce each and every one of us, is a bunch of bullshit.

Worse than that, it is a blatant attempt to polarize, to segregate by opinion and to then use divide-and-conquer tactics to nullify opposing opinions.

Therefore, in a political discussion, you should feel free to call bullshit and endit right then whenever anyone attempts to introduce polarizing terms such as “left” and “right”. 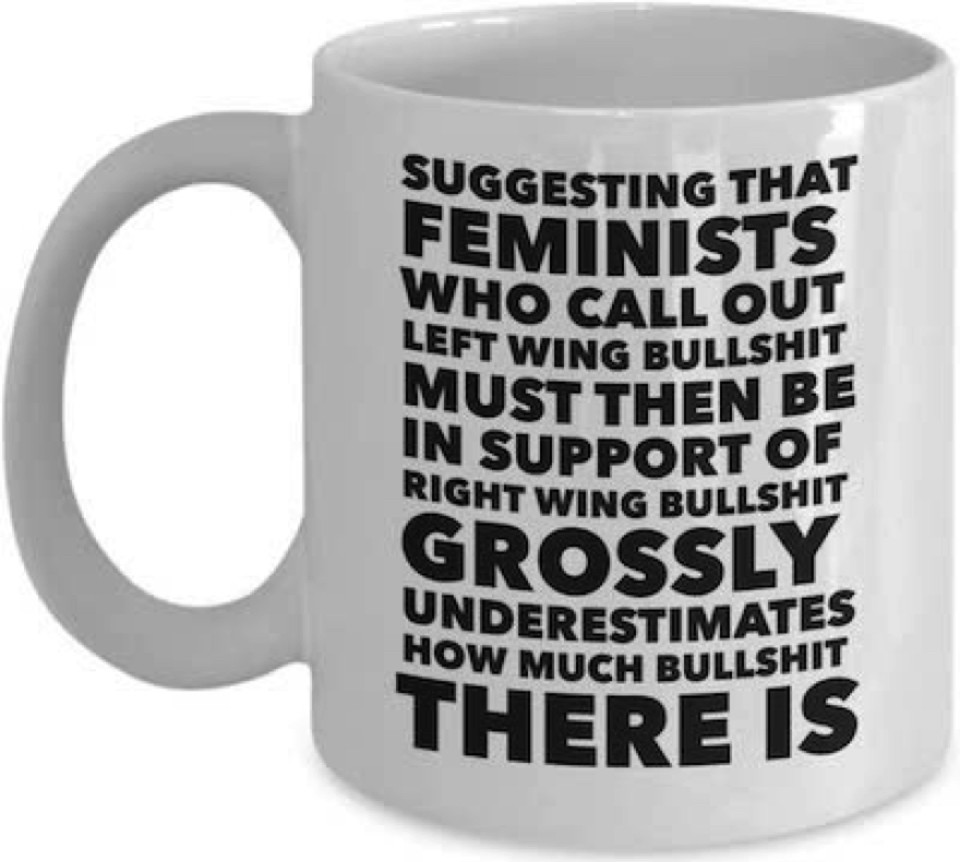 Given the high level of political polarization in the US and, increasingly, in Western Europe, it seems rather important to avoid getting caught in the crossfire. Some inquiring minds may wish to know what my political stance is: am I perhaps a Trumper or a Bidenoid? Am I a communist or a fascist? It is no use telling people that I am none of the above. People automatically assume that if you are not one thing, then you must be the other. Luckily, I do have a principled political credo. It's not even individually mine; I share it with my colleague Sergei Vasilyev and probably a whole lot of other reasonable-minded people who will gladly accept it as their own once they have read it. And so, without further ado, here is my (and Sergei's) political credo.

1. I believe that only the federal government can and must be the power center that concentrates resources and directs them toward activities that either cannot or should not be run on a for-profit basis. Included in this list are all those activities that form the cohesive structure of the state, binding the citizenry into a well-coordinated whole: exploitation and safeguarding of natural resources, road-building, communications, public security and defense, social infrastructure such as mass transit and recreational facilities, health care and education. All of these must be held in a single set of very strong hands. This makes me a leftist totalitarian—one of those who always advocate an increased role for the government.

2. Simultaneously, I believe that the government, whether federal or local, has a purely advisory and supervisory role in areas such as food service, clothing and footwear, dog grooming, auto repair and a thousand and one others, where a ponderous government bureaucracy has no chance of keeping up with agile private entrepreneurs. Of course, the government can and must set and enforce quality, public safety and environmental standards, labor laws and maintain and update all applicable regulations, whenever feasible establishing public-private partnerships for the purpose of monitoring and reporting compliance. This makes me a right-wing capitalist—one of those who constantly advocate for minimal government involvement in the economy.

3. I believe that the government shouldn't fleece the public through taxes, be they income taxes, value-added taxes or sales taxes. More specifically, labor should not be taxed—ever, at all. The government is (or should make itself, by commandeering resources) rich enough to pay its own way by exploiting and charging rent for all of the natural resources it directly owns and/or controls, setting sufficient licensing fees, import and export tariffs, fees on the commercial use of railways, roadways and electronic communications and so on. I am sure that, freed from the yoke of government taxation, both business and individuals would thrive. This makes me not just a right-wing capitalist but an extreme libertarian—one of the ones who are always claiming that taxation is theft and demanding that all taxes be repealed.

4. In order to fulfill all of its obligations listed in section 1 above, the government has to have access to resources. To this end, I believe that the government must have guaranteed access to any and all resources it needs regardless of the financial position of private individuals or private enterprises. Pensions must be paid and roads must be maintained regardless of how corporate entities and the super-rich feel about it or how clever they get about avoiding taxation by hiding their cash in offshore tax havens and using other such tricks. Again, this revenue is best achieved by strategically setting rates on the use of resources, most importantly energy resources, which should be commandeered as needed and maintained under direct government control. This will produce the equivalent of a progressive taxation scheme, since the rich consume much more than the poor. This makes me simultaneously a socialist—one of the ones who are always speaking out in favor of progressive taxation, and a state-capitalist—one of the ones who believe in a large and profitable government sector.

5. I believe that the government should be formed from highest-quality cadres: responsible, motivated to achieve results, honest, incorruptible, patriotic and hard-working. This makes me not just a leftist, but an outright communist.

6. I believe that if someone is doing a good job in their position of authority, be it in the private sector or in government, they should have the opportunity to remain in that position all the way to retirement. It is simply stupid to have someone invest years in learning a complicated and demanding job only to replace them with someone who is green and therefore less competent for the sake of enforcing artificial term limits. It is a notable trait of banana republics that most of the progress made by one administration, as soon as its term of office is up, is immediately negated by the next. People whose positions are essentially honorary and established for the purpose of ensuring continuity and political stability should keep their jobs as long as possible, in many cases until death, and in some cases such honorary positions should be heritable. This makes me an outright monarchist.

7. I believe that politicians must bear full responsibility for their words as well as their actions, and that this responsibility should be enforced through both administrative and criminal law. Politicians must bear personal, material responsibility for any promises they make while campaigning and failure to fulfill their campaign promises should be equated to breach of contract and criminal negligence. This makes not just a leftist but an outright Stalinist, since it was under Stalin that public officials found it particularly easy to make the transition from doing office work to working outside with an ice pick and a snow shovel.

8. I find it unreasonable to expect that an irresponsible and incompetent electorate will elect responsible and competent politicians. I can see where voting for a head of state can be useful as a patriotic exercise—an act of acclamation where the mass of the populace can voice their approval for their beloved leader. I can also see how a free and honest public vote is a good mechanism for choosing public officials. This most certainly makes me a democrat. But choosing politicians is a serious responsibility and each vote cast should be treated not as an opinion poll used to guide selection but as a direct and personal delegation of authority and a personal guarantee. If the elected official then turns out to be a criminal who defrauds the public, then those who voted for him must be held responsible for the payment of damages. And if some group of public officials use falsified evidence to start a genocidal war in which numerous innocent lives are lost, then they, along with all those who voted for them, should be tried as war criminals, duly convicted and sentenced, as the court sees fit, either to a lifetime of forced labor or to immediate execution by firing squad. I don't know whether this makes me left-leaning or right-leaning, or perhaps both at the same time, but I am definitely an internationalist in that I believe that no country—its officials or its citizens—may be allowed to place themselves above international law and should bear individual responsibility for their war crimes.

If there is a key insight to be gained from this discussion, it is this. It is possible to stake out a principled and well-reasoned political position as, simultaneously and without internal contradiction, aleftist totalitarian right-wing capitalist libertarian socialist state-capitalist monarchist Stalinist democratic internationalist. This indicates that what political scientists postulate to be a left-to-right political spectrum, into which they attempt to coerce each and every one of us, is a bunch of bullshit. Worse than that, it is a blatant attempt to polarize, to segregate by opinion and to then use divide-and-conquer tactics to nullify opposing opinions. Therefore, in a political discussion, you should feel free to call bullshit and endit right then whenever anyone attempts to introduce polarizing terms such as “left” and “right”.

Oh, and if you still want to pin me down as to my politics, I am a leftist totalitarian right-wing capitalist libertarian socialist state-capitalist monarchist Stalinist democratic internationalist.

Original article and reader's comments (only for subscribers) here.
This article was published in the book The Arctic Fox Cometh as its second chapter.