All Roads Lead To Dark Winter 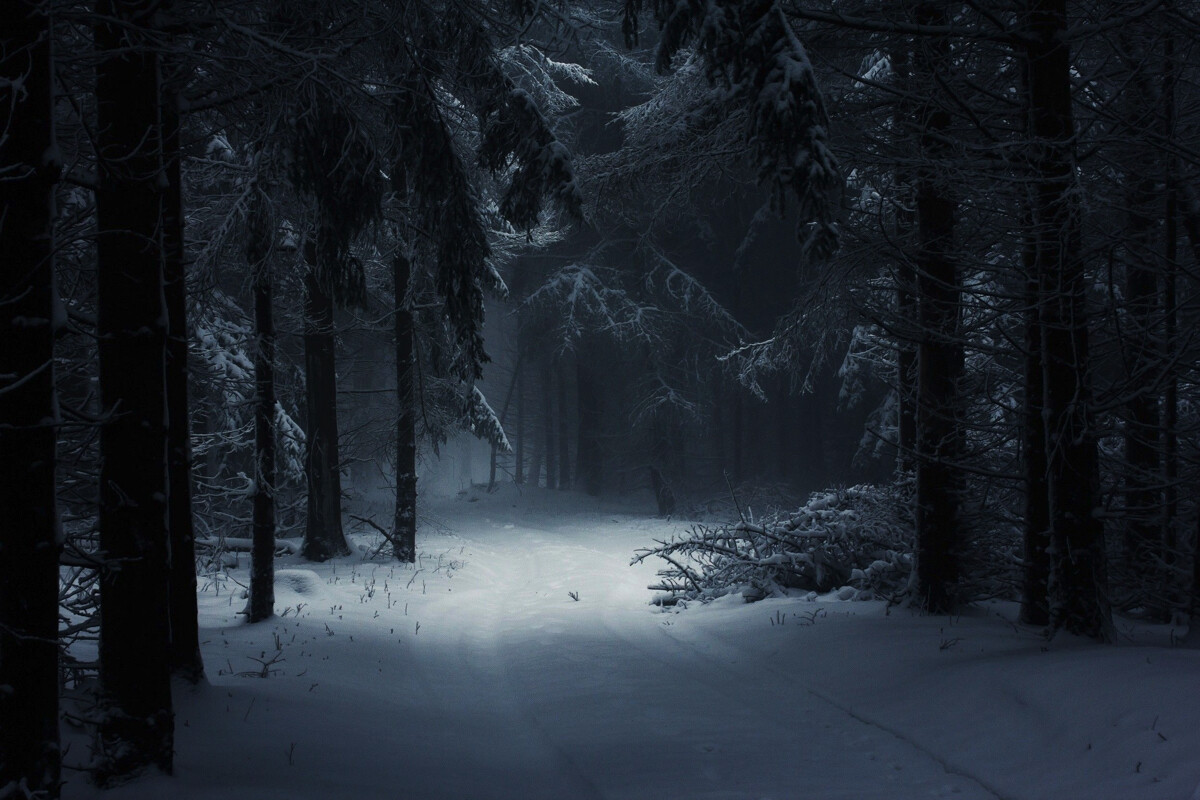 The Dark Winter exercise, held at Andrews AFB, Washington, DC, June 22-23, 2001, portrayed a fictional scenario depicting a covert smallpox attack on US citizens. The scenario is set in 3 successive National Security Council (NSC) meetings (Segments 1, 2 and 3) that take place over a period of 14 days. Former senior government officials played the roles of NSC members responding to the evolving epidemic; representatives from the media were among the observers of these mock NSC meetings and played journalists during the scenario's press conferences.

All Roads Lead To Dark Winter

The leaders of two controversial pandemic simulations that took place just months before the Coronavirus crisis – Event 201 and Crimson Contagion – share a common history, the 2001 biowarfare simulation Dark Winter. Dark Winter not only predicted the 2001 anthrax attacks, but some of its participants had clear foreknowledge of those attacks.

During the presidency of George H.W. Bush in the early 1990s, something disturbing unfolded at the U.S.’ top biological warfare research facility at Fort Detrick, Maryland. Specimens of highly contagious and deadly pathogens – anthrax and ebola among them – had disappeared from the lab, at a time when lab workers and rival scientists had been accused of targeted sexual and ethnic harassment and several disgruntled researchers had left as a result.

In addition to missing samples of anthrax, ebola, hanta virus and a variant of AIDS, two of the missing specimens had been labeled “unknown” – “an Army euphemism for classified research whose subject was secret,” according to reports. The vast majority of the specimens lost were never found and an Army spokesperson would later claim that it was “likely some were simply thrown out with the trash.”

An internal Army inquiry in 1992 would reveal that one employee, Lt. Col. Philip Zack, had been caught on camera secretly entering the lab to conduct “unauthorized research, apparently involving anthrax,” the Hartford Courant would later report. Despite this, Zack would continue to do infectious disease research for pharmaceutical giant Eli Lilly and would collaborate with the U.S. National Institute of Allergy and Infectious Disease (NIAID) throughout the 1990s.

The Courant had also noted that: “A numerical counter on a piece of lab equipment had been rolled back to hide work done by the mystery researcher [later revealed to be Zack], who left the misspelled label ‘antrax’ in the machine’s electronic memory.” The Courant’s report further detailed the extremely lax security controls and chaotic disorganization that then characterized the U.S. Army Medical Research Institute of Infectious Diseases (USAMRIID) lab in Fort Detrick.

This same lab would, a decade later, be officially labeled as the source of the anthrax spores responsible for the 2001 anthrax attacks, attacks which are also officially said to have been the work of a “deranged” USAMRIID researcher, despite initially having been blamed on Saddam Hussein and Iraq by top government officials and mainstream media. Those attacks killed 5 Americans and sickened 17.

More recently, this past July, the same Fort Detrick lab would be shut down by the CDC, after it was found that researchers “did not maintain an accurate or current inventory” for toxins and “failed to safeguard against unauthorized access to select agents.” The closure of the lab for its numerous breaches of biosafety protocols would be hidden from Congress and the facility would controversially be partially reopened last November before all of the identified biosafety issues were resolved.

The same day that the lab was controversially allowed to partially reopen, which was the result of heavy lobbying from the Pentagon, local news outlets reported that the lab had suffered “two breaches of containment” last year, though the nature of those breaches and the pathogens involved were redacted in the inspection findings report obtained by the Frederick News Post. Notably, USAMRIID has, since the 1980s, worked closely with virologists and virology labs in Wuhan, China, where the first epicenter of the current novel Coronavirus (Covid-19) cases emerged. The Chinese government has since alleged that the virus had been brought to China by members of the U.S. military, members of which attended the World Military Games in the country last October.

Such similarities among these Fort Detrick lab breaches, from the early 1990s to 2001 to the present, may be nothing more than unfortunate coincidences that are the result of a stubborn federal government and military that have repeatedly refused to enforce the necessary stringent safety precautions on the nation’s top biological warfare laboratory.

Yet, upon examining not only these biosafety incidents at Fort Detrick, but the 2001 Anthrax attacks and the current Covid-19 outbreak, another odd commonality stands out — high-level war games exercise took place in June 2001 that eerily predicted not only the Anthrax attacks, but also the initial government narrative of those attacks and much, much more.

That June 2001 exercise, known as “Dark Winter,” also predicted many aspects of government pandemic response that would later re-emerge in last October’s simulation “Event 201,” which predicted a global pandemic caused by a novel Coronavirus just months before the Covid-19 outbreak. In addition, the U.S. government would lead its own multi-part series of pandemic simulations, called “Crimson Contagion,” that would also predict aspects of the Covid-19 outbreak and government response.

Upon further investigation, key leaders of both Event 201 and Crimson Contagion, not only have deep and longstanding ties to U.S. Intelligence and the U.S. Department of Defense, they were all previously involved in that same June 2001 exercise, Dark Winter. Some of these same individuals would also play a role in the FBI’s “sabotaged” investigation into the subsequent Anthrax attacks and are now handling major aspects of the U.S. government’s response to the Covid-19 crisis. One of those individuals, Robert Kadlec, was recently put in charge of the U.S. Department of Health and Human Services (HHS) entire Covid-19 response efforts, despite the fact that he was recently and directly responsible for actions that needlessly infected Americans with Covid-19.

Other major players in Dark Winter are now key drivers behind the “biodefense” mass surveillance programs currently being promoted as a technological solution to Covid-19’s spread, despite evidence that such programs actually worsen pandemic outbreaks. Others still have close connections to the insider trading that recently occurred among a select group of U.S. Senators regarding the economic impact of Covid-19 and are set to personally profit from lucrative contracts to develop not just one, but the majority, of experimental Covid-19 treatments and vaccines currently under development by U.S. companies.

This investigative series, entitled “Engineering Contagion: Amerithrax, Coronavirus and the Rise of the Biotech-Industrial Complex,” will examine these disturbing parallels between the 2001 anthrax attacks and the current scandals and “solutions” of the Covid-19 crisis as well as the simulations that eerily preceded both events. By tracing key actors in Dark Winter from 2001 to the present, it is also possible to trace the corruption that has lurked behind U.S. “biodefense” and pandemic preparedness efforts for decades and which now is rearing its ugly head as pandemic panic distracts the American and global public from the fundamentally untrustworthy, and frankly dangerous, individuals who are in control of the U.S. government’s and corporate America’s response.

Given their involvement in Dark Winter and, more recently, Event 201 and Crimson Contagion, this series seeks to explore the possibility that, just like the 2001 anthrax attacks, government insiders had foreknowledge of the Covid-19 crisis on a scale that, thus far, has gone unreported and that those same insiders are now manipulating the government’s response and public panic in order to reap record profits and gain unprecedented power for themselves and control over people’s lives.

In late June 2001, the U.S. military was preparing for a “Dark Winter.” At Andrews Air Force Base in Camp Springs, Maryland, several Congressmen, a former CIA director, a former FBI director, government insiders and privileged members of the press met to conduct a biowarfare simulation that would precede both the September 11 attacks and the 2001 Anthrax attacks by a matter of months. It specifically simulated the deliberate introduction of smallpox to the American public by a hostile actor.

Notification
This article, which was shared on page De Situ Orbis, at event Grande Guerra “C” in early May 2020, disappeared when Facebook banned The Unz Review and deleted all shares that contained a link to these US publication.