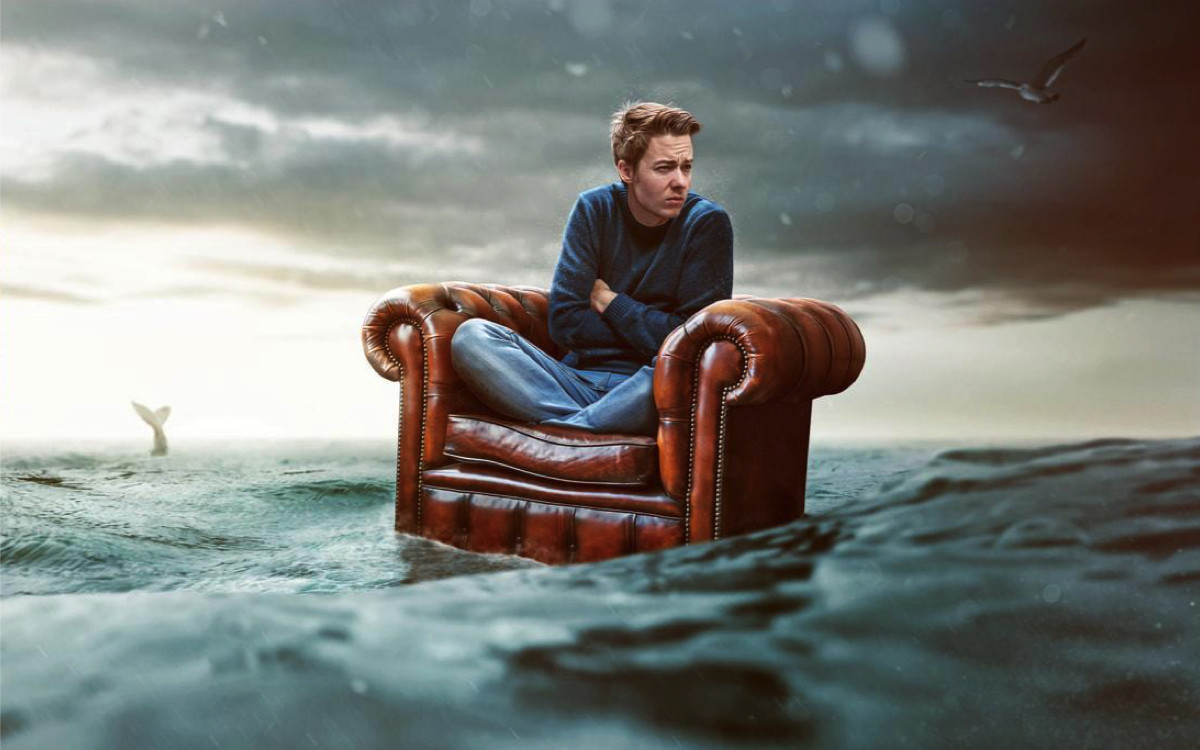 In the post-vaccination era, why don’t people remove their masks?

Learned helplessness is well-documented. It takes place when an individual believes he continuously faces a negative, uncontrollable situation and stops trying to improve his circumstances, even when he has the ability to do so. Discovering the loss of control elicits a passive reaction to a harmful situation. Psychologists call this a maladaptive response, characterized by avoidance of challenges and the collapse of problem-solving when obstacles arise. You give up trying to fight back.

An example may help: you must keep up with ever-changing mask and other hygiene theatre rules, many of which make no sense (mask in the gym, but not the pool; mask when going to the restaurant toilet but not at your table, NYC hotels are closed while Vegas casinos are open, Disney California closed while Disney Florida was open) and comply. You could push back, but you have been made afraid at a core level (forget about yourself rascal, you’re going to kill grandma if you don’t do what we say) and so you just give in. Once upon a time we were told a vaccine would end it all, yet the restrictions remain largely in place. You’re left believing nothing will fix this. Helpless to resist, you comply “out of an abundance of caution.”

American psychologists Martin Seligman and Steven Maier created the term “learned helplessness” in 1967. They were studying animal behavior by delivering electric shocks to dogs (it was a simpler time.) Dogs who learned they couldn’t escape the shock simply stopped trying, even after the scientists removed a barrier and the dog could have jumped away.

Learned helplessness has three main features: a passive response to trauma, not believing that trauma can be controlled, and stress.

Example: you are being stalked by a killer disease which often has no outward symptoms. There is nothing you can do but hide inside and buy things from Amazon. The government failed to stop the virus initially, failed to warn you, failed to supply ventilators and PPE gear, and failed to produce a vaccine quick enough. You may die. You may kill your family members along the way. You have lost your job by government decree and are forced to survive on unemployment and odd stimulus check, manufactured dependence. It is all very real: WebMD saw a 251 percent increase in searches for anxiety this April.

Americans, with their cult-like devotion to victimhood, are primed for learned helplessness. Your problems are because you’re a POC, or fat, or on some spectrum. You are not responsible, can’t fix something so systemic, and best do what you are told.

The way out is to allow people to make decisions and choices on their own. This therapy is used with victims of learned helplessness such as hostages. During their confinement all the important decisions of their life, and most of the minor ones, were made by their captors. Upon release, many hostages fear things as simple as a meal choice and need to be coaxed out of helplessness one micro-choice at a time.

Example: you cannot choose where to stand, so follow the marks on the floor. Ignore the research saying three feet apart is as useful/useless as six feet apart. Don’t think about why the rules are the same inside a narrow hallway and outside in the fresh air but don’t apply at all on airplanes.

Kin to learned helplessness are enforcers. Suddenly your waitress transitions from someone serving you into someone ordering you to wear a mask, sit alone, eat outside, etc. Flight attendants morph from delivering drinks to holding the power to have security haul you to jail for unmasking when not actively eating. Companies once run by entrepreneurs are today controlled by the harassment stalking undead from HR. We’ve become a republic of hall monitors. And there it is. The wrong people are in charge.

One of the better examples of learned helplessness is One Flew Over the Cuckoo’s Nest, a great book made into an impressive movie starring a lean Jack Nicholson. Nurse Ratched cows a group of mentally ill men into complete learned helplessness, encouraging them to rat each other out for small offenses, and to follow her every order no matter how absurd. The kicker comes near the end when we learn all of the men (except Nicholson) are free to leave the hospital at any time. They just… can’t.

It is amazing how fast people stepped into the Nurse Ratched roll. Within moments of COVID’s arrival in the national conscience, officials like California’s Gavin Newsom, and New York’s power bottom twins Andrew Cuomo and Bill De Blasio raced to assume dictatorial emergency powers. They spent not one moment assessing the impact of their decisions to lock down against the effects of the lockdown. They ignored information questioning the value of lockdown. They turned topsy-turvy the idea in a free society the burden of proof is on those who would restrict freedom and not on those who resist such restrictions.

They were aided in manufacturing learned helplessness by the most sophisticated propaganda operation ever created. Already engorged with the coin of three years of fake news, the legacy media saw the value of a new crisis toward their two real goals: make as much money as possible garnering clicks, and defeating Donald Trump. Previous shows, Russiagate with a hat tip to 9/11 when Americans demanded fewer freedoms to feel safer, illustrated the way. On a 24/7 basis America were injected: you are helpless and Donald “COVID” Trump will kill you. Your only hope is to comply fully with the people at CNN who are administering the electric shocks.

Truth is useless to propagandists, actually a threat. Look at what turned out to be false (in addition to Russiagate): we never ran out of ventilators or PPE or nurses or ICU beds or morgues. Masks were not really needed outdoors. We did in fact develop a vaccine, several in fact, in less than a year. Almost everyone who died was elderly or had serious comorbidities but we salivated over “new case numbers” as the primary metric anyway because they went up so much faster. When people questioned the real world view against the media portrayal, they were told about “asymptomatic COVID” or shunned as hoaxers. Everyone makes mistakes. But just as with Russiagate, all the media mistakes swung one way.

It worked. Condo boards boarded up their gyms. Restaurants forced diners to eat outside in the rain. Entire industries, such as tourism and hospitality, disappeared overnight. New groups were shoved into poverty and unemployment. Children were denied education, criminals released from jails. People were told not to hug their loved ones. Saving Grandma meant she died untouched in a hospital room. The government denied you the chance to say one final goodbye to the person who raised you and you didn’t fight back? Now that’s control.

Every time a bit of dissenting information popped up — Florida opening its beaches for Spring Break, for example — the media rushed in to declare everyone was gonna die. Texas was declared dead, South Dakota was declared dead, and Americans believed it all even when reports of survivors started drifting out of Disney World. Learned helplessness is hard to unlearn. One Harvard professor explains our brains evolved to encode fear so well, it’s hard to turn off.

Americans are not comfortable accepting their lives being manipulated at this level, the way for example many Russians assume it to be so. We tend to dismiss such things as conspiracy theories and make an Oliver Stone joke. But ask yourself how many of the temporary security and surveillance measures enacted after 9/11 are still controlling our lives almost 20 years later. Is the terror threat still so real the FBI needs to monitor our social media in bulk? Was it ever?

Nothing here is to say vaccines don’t work, or are themselves dangerous. That’s another debate. This is about the politics of mass control. Add up the “doesn’t really make sense but we do it anyway” COVID rules and try to makesense of them. Why would otherwise smart leaders implement such rules, for example in New York’s case, purposely impoverishing a city or seeking to defund the police in the midst of triple digit rises in crime? Every time your answer is “it just doesn’t make sense” consider a scenario beyond coincidence where it would make sense however out there that might be. It might be the most important thing you can do.

Then look out the window. Remember “10 days to flatten the curve?” With no voting or debate, a system based on a medical procedure capable of controlling our travel, which businesses we can visit, which hotels we can stay in, what jobs we can hold, what education we can access, at which point it is no more “voluntary” than breathing, was put into place. We no longer need to ask what is happening. The real question is always why.