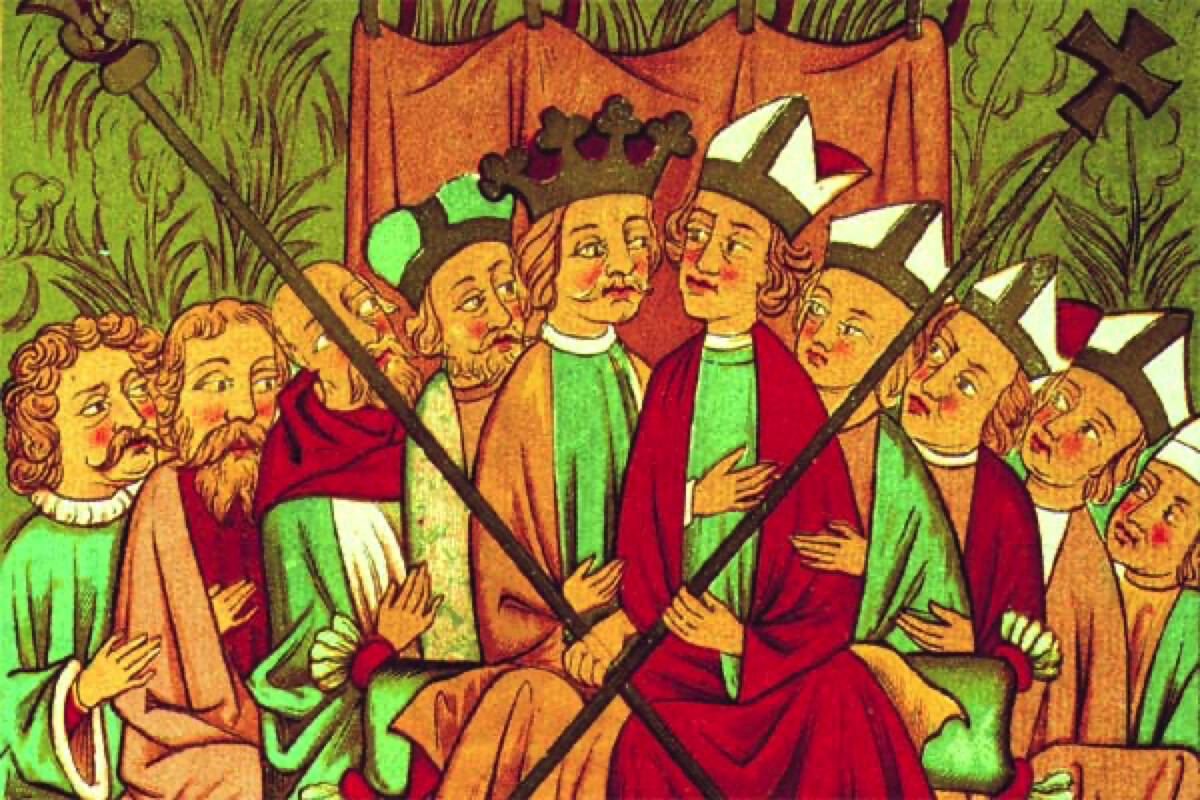 Casimir III the Great (Polish: Kazimierz III Wielki; 30 April 1310 – 5 November 1370) reigned as the King of Poland from 1333 to 1370. He also later became King of Ruthenia in 1340, and fought to retain the title in the Galicia-Volhynia Wars. He was the third son of Ladislaus the Short and Jadwiga of Kalisz, and the last Polish king from the Piast dynasty.

Casimir inherited a kingdom weakened by war and made it prosperous and wealthy. He reformed the Polish army and doubled the size of the kingdom. He reformed the judicial system and introduced a legal code, gaining the title “the Polish Justinian”. Casimir built extensively and founded the Jagiellonian University (back then simply called the University of Krakow), the oldest Polish university and one of the oldest in the world. He also confirmed privileges and protections previously granted to Jews and encouraged them to settle in Poland in great numbers.

Casimir left no sons. When he died in 1370 from an injury received while hunting, his nephew, King Louis I of Hungary, succeeded him as king of Poland in personal union with Hungary. 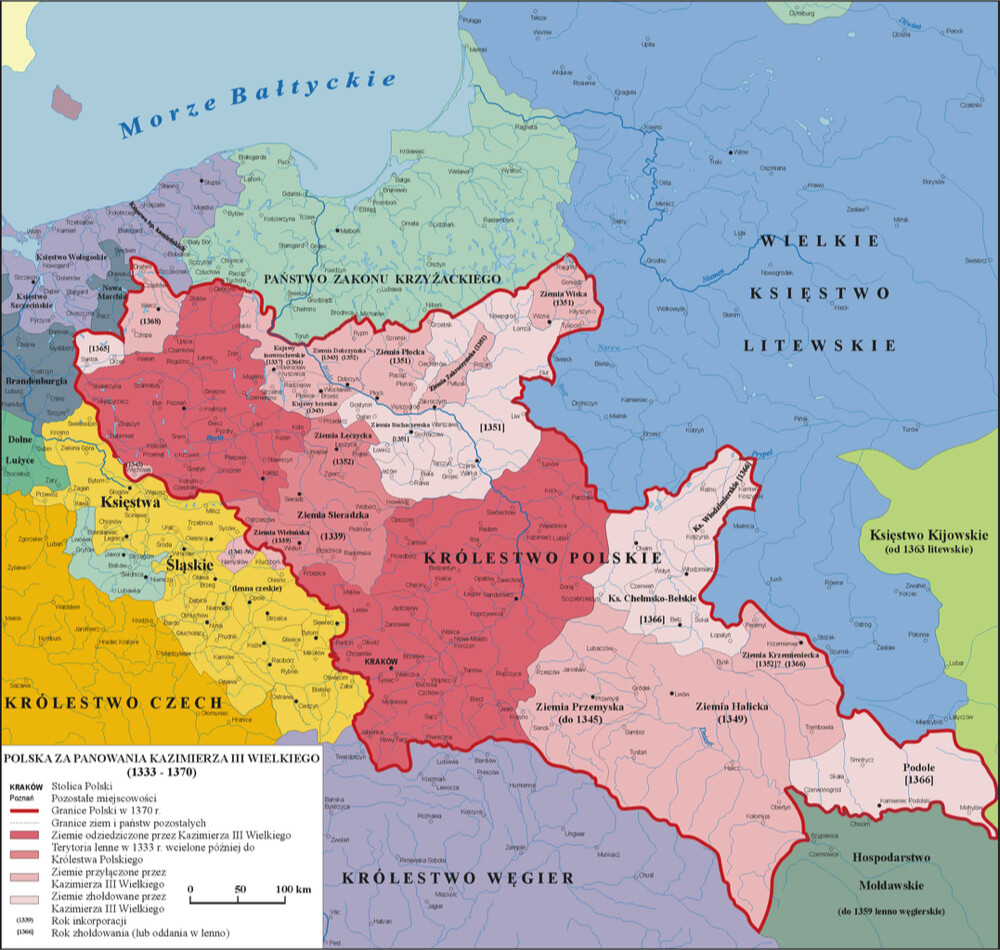 Poland (red) at the end of the reign of Casimir III (1370);
Silesia (yellow) had been lost, but the kingdom was expanding to the east.