An Expert Military Analysis of War with China 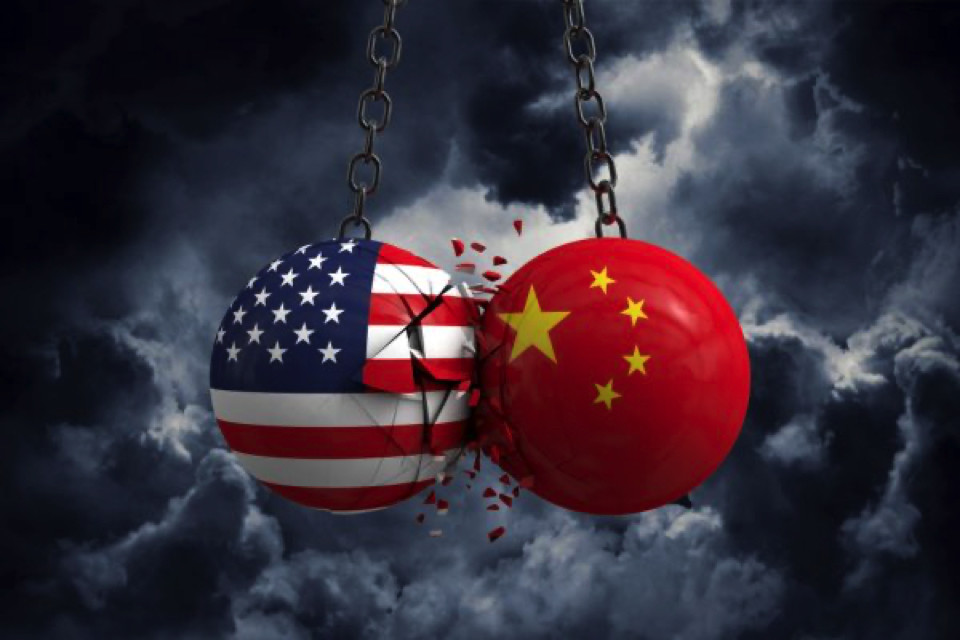 Actually, None is Necessary.

There is talk within the Washingtoniat of a possible war with China. Steve Bannon, who apparently was dropped on his head as a child, actually favors such a war. We hear the usual shoo-the-boobs alarm about how the Chinese are doing something terrible and we must gird our loins and American values and show them what for, bow wow, woof. The danger is that the current game of who-blinks-first in Asian waters might actually provoke a shooting war. You know the kind of thing: One warship refuses to get out of the way of another, a collision ensues, some retard lieutenant who signed up on waivers opens fire, and we’re off and running. It is not a good idea to let children play with matches.

The said war is discussed either in emotional terms by idiots or in purely naval terms by those familiar with such things, so we hear of the First Island Chain and the Second Island Chain and whose missiles against the other’s missiles and so on. This would be appropriate if we were fighting World War Two again. Which we aren’t. Let’s take a quick-and-dirty look at how such a war might go.

To begin the war, America would overestimate itself and underestimate China. This is doctrine in the Pentagon. There is probably a manual on it. Inside the DC Bubble, fern-bar Napoleons would assure us that it would be a short war, a cakewalk, a matter of days, not weeks. You know, like Vietnam, Laos, Cambodia, Afghanistan, Iraq, Syria. When it turned out that the Chinese had other ideas, among which surrendering was not, and the months dragged on, various fascinating things would happen.

Rand, a thinktank wholly owned by the Pentagon, at least mentally, has wargamed both the Taiwan Strait and the South China Sea, concluding that the war could be both very long and a loss for America. We no longer live in 1960.

OK, the war: On day one, all the multitudinous American factories in China shut down. Example: Apple loses its factories, products from those factories, and the Chinese market of 1.4 billion consumers. Its stores close. Tim Cook’s gratitude will know no bounds. American auto manufacturers sell googolplexes of cars in China (or at least lots), mostly made in China. Overnight they will lose factories, cars, and Chinese customers. Overall, China buys many more cars than does the US. This analysis, if anything so obvious may be called analysis, can be repeated for industry after industry after industry. Goodbye, business vote.

Within weeks, Walmart’s shelves go bare. Walk down the aisles and read the “Made in” labels. We are not talking only plastic buckets and mops but chain saws, pharmaceuticals, motorcycles, and blood-pressure cuffs. So much for the blue-collar vote. The US buys 472 billion in goods annually from China, high-tech, low-tech, consumer goods, manufacturing components. No more.

China buys over $163 billion annually in American goods: petroleum, semiconductors, airline engines, soybeans, airliners, on and on. No more. It is hard to underestimate the joy this will cause in influential boardrooms. And of course the American workers who would have produced these things for China will be laid off. As electoral politics, this will prove suboptimal.

China produces a great majority of the rare earth elements crucial to the manufacture of electronics, such as semiconductors. No quick substitute is in sight. Just about everything in America uses these, to include the computers that run the electrical systems of cars. Though I haven’t checked, it is quite possible that the computers themselves are made in China. If you want a new and deeper understanding of the word “hostile,” check the influential CEOs of businesses on their second chipless day.

In a real war, it is likely that China, having thought of the foregoing, would (intelligently) destroy Taiwan’s semiconductor fabs, notably those of TSMC, as well as other factories of electronics. This would hardly be difficult since the Taiwan Strait is only a hundred or so miles wide. Losing these industries would be exceedingly painful for the US since its high-end chips come from Taiwan. It would take America years to replace this capacity domestically. Some of the necessary equipment, extreme ultraviolet lithography machines, is not made in America and in any event cannot be stamped out like beer cans.

In America it would quickly be discovered that the country is rather more dependent on China than some might think. If I may make up an example: The automotive industry finds that its sparkplugs come from China. While America could certainly make spark plugs, it turns out that a decade back the industry found that China could make them for forty percent less. In the cooperative commercial world pre-Trump, this was no problem. Not now. So much for sales of cars. And for the jobs of the workers who make them.

I will bet you all my diamond mines in South Africa and cattle lands in Argentina, that if you went through a parts list for, say, Boeing’s airliners, you would find lots of them made in China. Sure, the US could manufacture most of them, eventually. But companies need parts now, not eventually.

The effects on other countries of a large war against China would be catastrophic if not worse. Other countries also get many things, from China or Taiwan, such as semiconductors. Google on “country x largest trading partner.” A strong pattern quickly becomes clear: China is huge in trading with practically everybody. “Everybody” includes Germany, Japan, Australia, Russia, and South America as a whole. The world economy in its entirety would collapse.

How smart would this be? The United States is already in serious trouble, what with a currency rapidly being debased, a sinking middle class, businesses dying of Covid, jobs disappearing abroad, people living paycheck to paycheck, and social unhappiness resulting in continent-wide riots. Do you suppose the public will gladly support an unfathomably stupid war causing an instant, profound, and murderous economic depression? If so, you probably already have a collection of bridges.

This can be inflicted on the entire earth by a half-dozen loons in or circling around the White House unhindered by a worthless Congress. Six loons. Yes, I know, Trump is unlikely deliberately to start a Third world War, even as a publicity stunt. No, the generals in the Pentagon are not nearly stupid enough. (They might even refuse, pointing out that starting a war requires a declaration by Congress.) The problem is that for years America has been, if not actually looking for a fight, at least daring other countries to start one. For example, murdering Iranian officials, pulling out of arms-control treaties, pushing NATO ever closer to Russia, sanctioning countries far beyond anything that can be called a trade war, and playing chicken with China in the South China Sea. Under these circumstances you can get a fight without quite looking for one.

They prevent Covid, cure baldness, and make you more attractive to the opposite sex. You can even read them.